Bandile Skosana, 4, was stabbed 18 times and crushed with a boulder. No arrests have been made yet.
Image: Provided

Nearly two months after Bandile Skosana, 4, was assaulted, stabbed 18 times and crushed with a boulder, no arrests have been made and his family is yet to see justice.

All his mom and dad want is closure — and this while they constantly have to look over their shoulders, wondering if their kid's killer, or killers, are watching them.

Bandile's lifeless body was found 2km from his paternal home in Bronkhorstpruit, east of Pretoria, on May 31, less than 48 hours after he went missing.

He had been playing outside the yard with a neighbour's child — the only friend he had in Rethabiseng township.

Bandile had visited his dad and grandmother after the lockdown was first introduced on March 26.

His daily routine included eating, watching TV, playing in the yard or playing with his friend not far from his father’s home.

On the day he went missing, his grandmother was initially not alarmed when she first realised the boy was not in the yard. Hours later, Bandile's little friend came looking for him and his grandmother immediately knew something was wrong.

His father Sipho Skosana was informed that the toddler had gone missing.

A frantic Skosana travelled from Tzaneen in a bid to find his son. He arrived to a barricaded crime scene, which he was not allowed to access.

'Why was my son killed?': Bandile Skosana's anguished dad wants...

“They [police and forensics] stopped me from accessing the area as they said evidence was being collected. The only thing I could see was a big stone my son was apparently found under,” he said.

While uncertainly remained about Bandile's whereabouts, Skosana recalled going to the mortuary and had his biggest fear confirmed.

“I could not believe it. I almost could not recognise his body because he had so many stab wounds. The police said he was stabbed 18 times with a sharp object,” he said.

“Yes, we have buried him, but the pain is still there. We have so many unanswered questions behind his attack because he was just a child and wronged no-one,” he said.

The brutal attack sent shock waves through the community and left the family with a giant wound that is yet to heal. 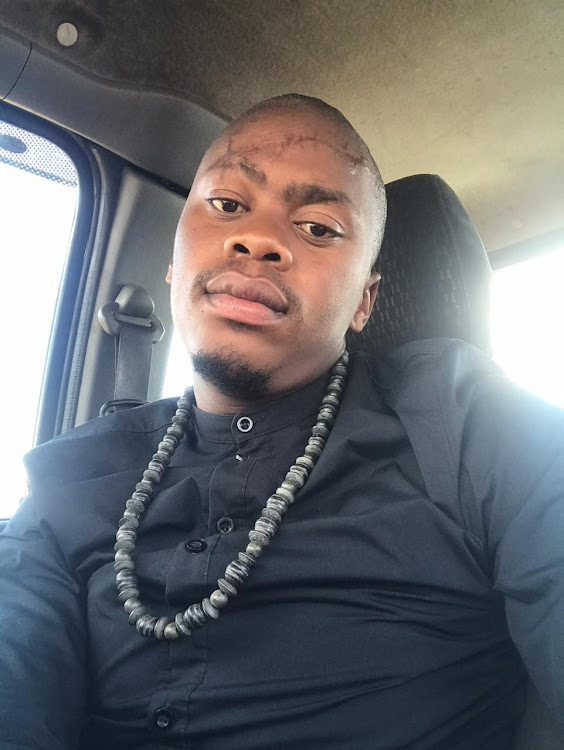 “How can we heal when we don’t know the motive? We live in constant fear. Sometimes I am even scared of moving around or I have to look over my shoulder because these people are still out there,” said Skosana.

The death remains a mystery as the family claims to not have any enemies — at least none known to them.

“I still maintain that I do not have enemies or people I do not get along with — otherwise I could have just pointed to them to the police — so it is puzzling,” he said.

Skosana slammed the police for the lack of arrests in the case.

“I have gotten tired of going to the police station to check the progress of the case. The police did not even bother to take statements from other family members, so how can I trust that justice will be served?”

“It’s painful that my child just vanished like that. Like any other parent, I had big plans for him.”

“I am trying to forget and move on, but it's not easy. I have never heard anything from the police since they took my statement [shortly after the incident],” she said.

Asked if she received counselling, she responded: “No, I do not want it any more. It won’t bring back my child — I will heal on my own time.

“Maybe the only thing that will bring me closure is answers on why he was killed. Other than that, I am trying to keep myself busy with work.”

Police spokesperson Capt Mavela Masondo confirmed that no progress had been made in the murder case of Skosana.

“No arrests have been made yet. Police are still appealing to anyone who might have information that can help in the investigation or assist apprehended the suspects to please call the nearest police station or call crime stop on 08600 10111,” he said.

The SA Police Service has seen a decrease in cash-in-transit heists, bank robberies and house robberies.
Politics
1 year ago

A 34-year-old man who said he witnessed his eight-year-old sister being abducted by someone travelling in a Toyota Quantum has been arrested for her ...
News
1 year ago

A glimmer of hope they would be found alive, that it was all just a bad nightmare, and a family looking forward to a much-anticipated camping trip.
News
1 year ago