Injured police airlifted to hospital as bullets fly in Tshwane 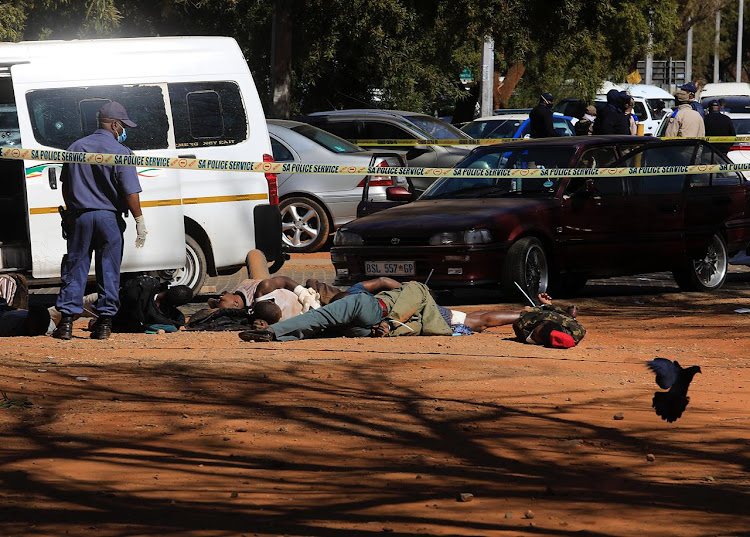 Some of the arrested suspects after the shoot-out in Tshwane.
Image: Sunday Times/Alon Skuy

Two police officers and at least one suspect were injured during a shoot-out in the vicinity of the Tshwane District Hospital in Pretoria on Wednesday.

At least one person was shot dead in a vehicle at the scene. 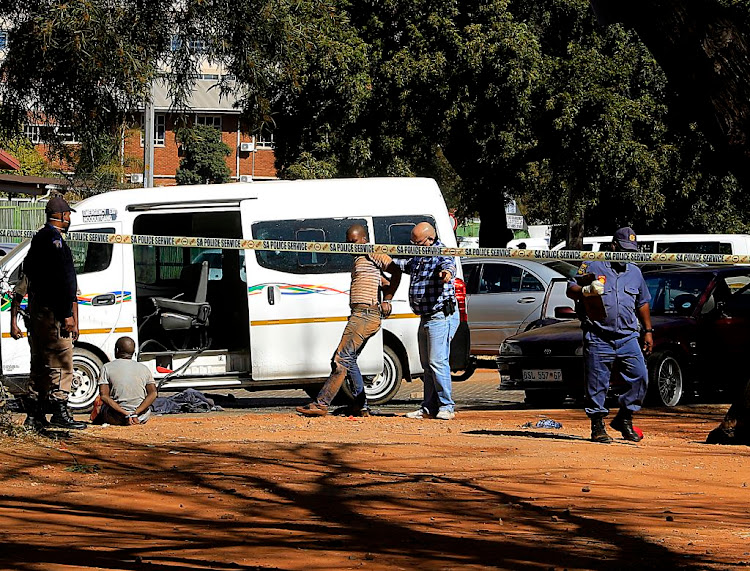 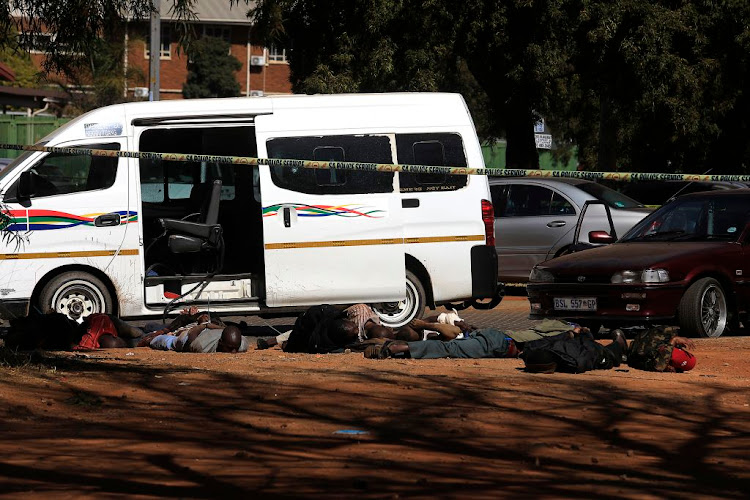 Witnesses said the suspects were travelling in about eight vehicles when they were confronted by police. At least seven suspects were arrested, one shot dead and another injured, it was reported.

A mortuary driver at the scene told TimesLIVE that he believed the suspects wanted to take a body he had just collected.

“As soon as I was about to drive out with the body, the car was surrounded by an army of people. It was about eight cars [two combis and vehicles). It's like they knew that we were collecting the body,” he said. 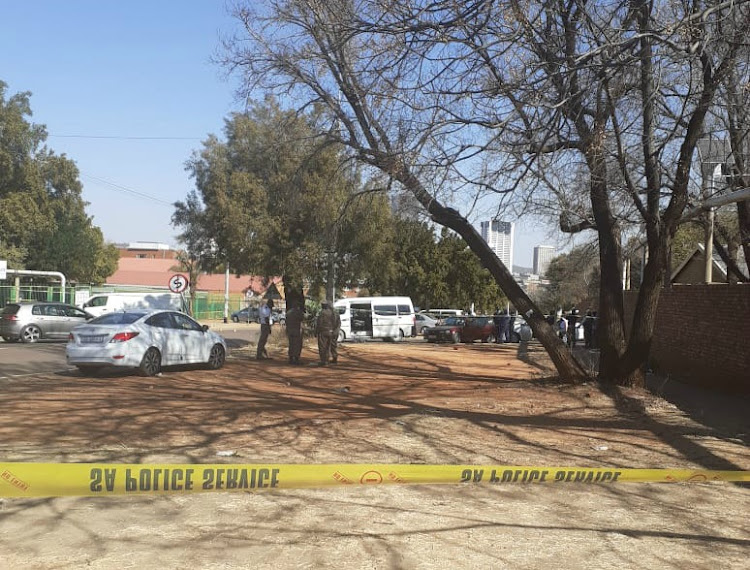 A minibus taxi and Toyota allegedly used by the suspects at the crime scene.
Image: Shonisani Tshikalange

The body was supposed to be delivered to KwaZulu-Natal, he added.

“I'm glad police were here, because as soon as I was still trying to see what was happening traffic police were already here and a shoot-out ensued,” he said.

His passenger said, "It's like police knew what was due to happen because they escorted us and took us to the front of the queue. They were in a hurry to get us out of there."

But as they drove out, vehicles appeared. "As we were trying to figure out what was happening the suspects stormed out, a police car stopped in front of us and a shoot-out ensued.”

Police were approached earlier in the day for comment but have yet to provide an update.

Three men were shot dead at a taxi rank in Khayelitsha, Cape Town, on Monday.
News
1 year ago

A couple was shot dead and their daughter seriously wounded during a home invasion at the Fly Inn Estate in Elandsfontein, Midrand, on Tuesday ...
News
1 year ago

Police are on the hunt for six men who held up and robbed security personnel of a cash-in-transit (CIT) vehicle in Ingwavuma, northern KwaZulu-Natal, ...
News
1 year ago