Millions of Africans pushed into extreme poverty by Covid-19: Mkhize

'What began as a health crisis has become an economic crisis' 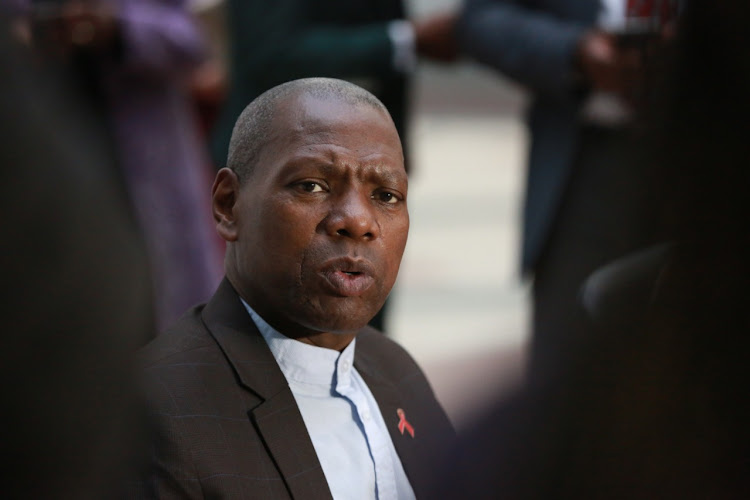 Health minister Dr Zweli Mkhize told a virtual conference on Monday that SA appreciated the support it was getting from 'our partners, the multilateral agencies and the private sector'.
Image: Thapelo Morebudi/Sunday Times.

Millions of Africans have been pushed into extreme poverty since the outbreak of the coronavirus pandemic, health minister Zweli Mkhize told delegates at a virtual conference on Monday.

Mkhize was speaking on behalf of President Cyril Ramaphosa at a conference attended by members of the Centre for Global Development, the Global Fund to Fight Aids, Tuberculosis and Malaria, and the AU.

“What began as a health crisis has become an economic crisis. Covid-19 has tipped Africa into its first recession in 25 years, threatening to undo 25 consecutive years of positive economic growth,” said Mkhize.

He said Covid-19 was expected to cause an economic contraction of 3.2% in the Sub-Saharan Africa region in 2020, reducing per-capita GDP to levels last seen in 2010.

“For the first time in decades, extreme poverty will increase. Indeed, we have already seen that 26m-39m Africans have been pushed into extreme poverty in just the past six months — raising poverty by between 6% and 9%,” said Mkhize.

'We can’t rest until we find a vaccine': Zweli Mkhize warns of possible Covid-19 surge

Health minister Zweli Mkhize has warned of a possible Covid-19 resurgence as the country moves to lockdown level 1.
Politics
11 months ago

“To mitigate this, we have implemented rescue and stimulus packages amounting to 10% of our GDP. For the first time in the history of our democracy, we turned to the International Monetary Fund for relief. We, along with 80 countries globally and 35 countries on the African continent, have applied for and received Covid-19 related emergency funding from the IMF.”

The coronavirus pandemic, Mkhize said, had presented a “once-in-a-century” emergency, “and no country is unscathed from its economic affects”.

“As a continent we recognise the magnitude of the challenge and we will continue to confront it head on,” he said. “We are informed that Africa needs $100bn [R1.7-trillion] to effectively respond to the economic shock of the Covid-19 pandemic. We appreciate the current support that we are getting from our partners, the multilateral agencies and the private sector.

“I can confirm that about $40bn [R675.16bn] has been committed towards the fight against Covid-19 in the continent of Africa and about $15.3bn [R258.25bn] has already been paid out at bilateral levels to different member states. We are truly grateful for the support.”

According to Mkhize, SA has seen an added burden of corruption, particularly around issues of price gouging and irregularities in procuring personal protective equipment.

“As the government of SA, we have taken a strong stance against corrupt activity during a time when we should be focusing on saving lives and livelihoods. As a continent we must stand together to take on these destructive forces and set up mechanisms that fully deter people from engaging in corrupt activity in the first place.”

Empty nesters no more as SA youth moves back home

Only R25bn of R200bn used to rescue struggling businesses: Ramaphosa

"I think it's scandalous that only R18bn to R25bn of the R200bn, almost six months later, has been allocated."
Politics
1 year ago

Social grants for Africa may tackle extreme poverty — but not alone

Globally, market liberalisation, mainly in the East, has been reducing the number of extremely poor people rapidly for about the past four decades.
Opinion & Analysis
1 year ago