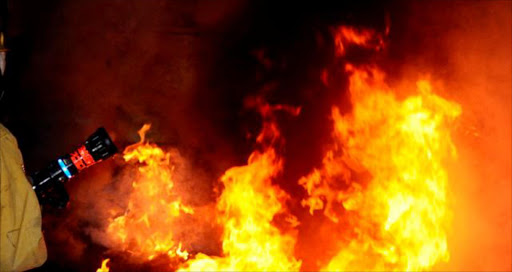 The North West education department said it received news on Thursday that four schools were on fire. They said the reason for the “torching” of school property had not yet been established.

The details were provided as:

Education department spokesperson Elias Malindi said a case was opened with the police.

Education MEC Mmaphefo Matsemela condemned the attacks “with the strongest terms” saying it was a setback for pupils and the education system.

She said those responsible were “savagely cruel”.

“ We strongly condemn this and those who did this are savagely cruel to their community. This barbaric custom of burning schools should come to an end. We cannot over-emphasise how grave a setback this is to the already compromised academic year,” she said.

“As a department we plead with the community to work with the police in exposing these criminals and they should be found,” said Matsemela.

Malindi said the education sector was preparing for pupils' year-end examinations, which start on November 5 2020.

“We plead with the communities to give learners a chance to conclude the academic year peacefully,” said Malindi.

North West police spokesperson Brig Sabata Mokgwabone said there were no arrests yet, but urged anyone with information that could assist the investigation to contact Detective Captain Lefty Motswadi on 082 416 1223.

Hardly a week after the reopening of schools an administration block at a Mpumalanga school was burnt down.
News
1 year ago

Another school torched in KZN

“They are threatening our future. This year is already hard with Covid-19,” says matric student.
News
1 year ago

Lamontville, south of Durban, was rocked by violent service delivery protests which saw an angry mob torch a number of vehicles at the municipal ...
News
1 year ago