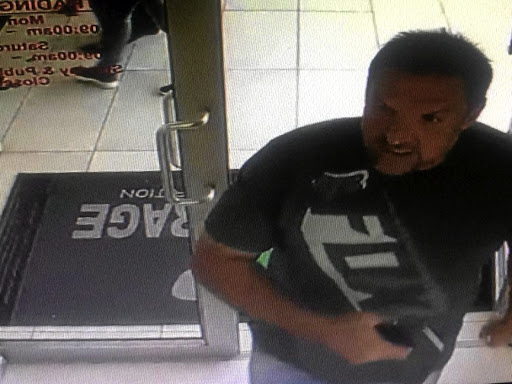 Their bail application was halted by a telephoned bomb scare at Cape Town magistrate's court. The building was evacuated shortly after 10am.

The state was expected to agree to release the three men on bail of R100,000 each, but their lawyers were preparing arguments for why this figure should be reduced.

Wainstein was murdered at his Constantia home in August 2017 while asleep next to his partner and two-year-old child.

At the time of his murder, Wainstein — who was of Irish descent — was challenging his extradition to the US, where he was wanted for running a huge steroid racket.

Three men have been imprisoned in connection with Wainstein's murder. In June, Fabian Cupido, who joined a gang after losing his job as a train driver in 2015, entered into a plea and sentencing agreement and was sentenced to an effective 25 years.

Cupido said the conspiracy was planned at a tyre shop in Mitchells Plain during a meeting with members of the 27s gang on August 17 2017.

“Also present at the meeting was the owner of the business, his former co-accused Chestlyn Adams and Sheldon Breet. Chestlyn Adams had brought another person along but that person was not party to the meeting. The accused was aware that all these people were members of the 27s criminal gang,” read Cupido’s plea agreement.

The NPA spokesperson in the Western Cape, Eric Ntabazalila, said at the time: “In his argument in aggravation of sentence, the prosecutor, senior state advocate Mervyn Menigo, told the court that the phenomenon of gang-related contract killings had become particularly prevalent in the Western Cape.”

Menigo said: “The murder was premeditated and committed in the furtherance of a conspiracy and in association with a criminal gang. The circumstances of the murder are particularly heinous as the home of the deceased was invaded and he was shot multiple times at close range while sound asleep next to his girlfriend and young child.”

The Hawks in the Western Cape have made another breakthrough in the murder investigation of alleged international steroid dealer Brian Weinstein.
News
4 years ago

Ntabazalila said Sheldon Breet’s brother, Mathew, was sentenced to 20 years' imprisonment, while Adams is serving a 25-year sentence for separate cases linked to the murder.

“The evening of the murder, the accused met Mathew Breet to swap vehicles. Mathew Breet gave him and Adams the layout of the deceased’s house and details of how to access the premises. He emphasised that the girlfriend and child of the deceased would be home but should not be harmed,” said Ntabazalila.

Cupido drove Adams and another accomplice home after the murder and Cupido received payment of R35,000 from Breet the next morning.

He allegedly said he would “blow up their store” if they did not comply. The owners fled the province after the altercation.

Later that day he was found in possession of 12 uncut diamonds after being pulled over by police while driving his black SUV through the Cape Town CBD without registration plates. His case never made it to court after he was released on police bail the night after his arrest.

It was alleged that his underworld involvement segued into the battle between nightclub security factions controlled by alleged Sea Point mafioso Lifman and his rival Nafiz Modack.

During the protracted bail hearing for an extortion case in which Modack and his associates — including alleged gang boss Colin Booysen — were accused of extorting the Grand Café Africa in Green Point, defence lawyers produced a recording allegedly featuring an altercation between Lifman and Wainstein the day before the murder of the “steroid king”.

Modack, Booysen, Ashley Fields and Jacques Cronje were later found not guilty and the recording's authenticity was not tested during their trial.

READ MORE | ALLEGED MOB BOSS: 'IF I WERE A RELIGIOUS MAN...'

An deal in uncut diamonds worth R400,000 ended abruptly when police arrived at a local pub in Somerset West.
News
3 years ago

Uncut diamonds may be clue to Bulgarian couple's slaying

Ten months before they were killed in February at their rented Cape Town home, a Bulgarian couple tried to sell uncut diamonds worth millions of ...
News
4 years ago

'People have tried to kill him before': Friends devastated after bodybuilder's murder

Family and friends are mourning the death of professional bodybuilder and bulldog breeder Tyrel Ekermans who was stabbed in the neck on Friday night.
News
4 years ago