Flats that cost the government nearly R190m have been illegally occupied

Gauteng human settlements department says it is building 945 flats at a cost of R187m, and will be done by the end of next month 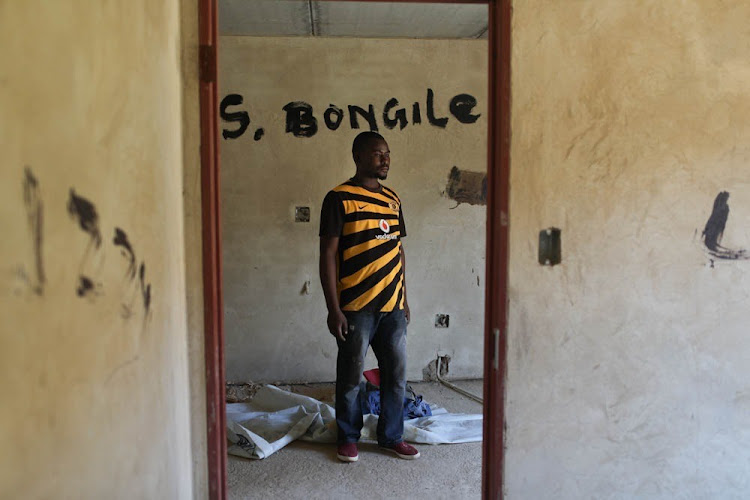 Siyabulea Hans poses for a picture in one of the flats in Olievenhoutbosch, south of Pretoria, on February 16 2021. The block of flats was built by the Gauteng human settlements department and has since been illegally occupied by residents in the area.
Image: Alaister Russell/The Sunday Times

Hundreds of unfinished flats in Olievenhoutbosch Extension 37, near Centurion, which cost the Gauteng provincial government nearly R190m, have been illegally occupied.

On Sunday night and Monday morning, a group of residents — some from as far as Diepsloot and others from Alexandra — started moving furniture into the flats.

Siyabulela Hans, who moved from Olievenhoutbosch Extension 13 and has now occupied an unfinished flat, says he is tired of living in a shack while other accommodation stands empty.

When TimesLIVE arrived at the flats on Tuesday afternoon, it found hundreds of people had moved in. A block with about 30 flats, with no windows, doors or electricity, had been invaded. The illegal occupants used black plastic bags to block the windows and none of the flats had doors.

Hans says he moved in because he has been waiting for government to allocate him a house for years. 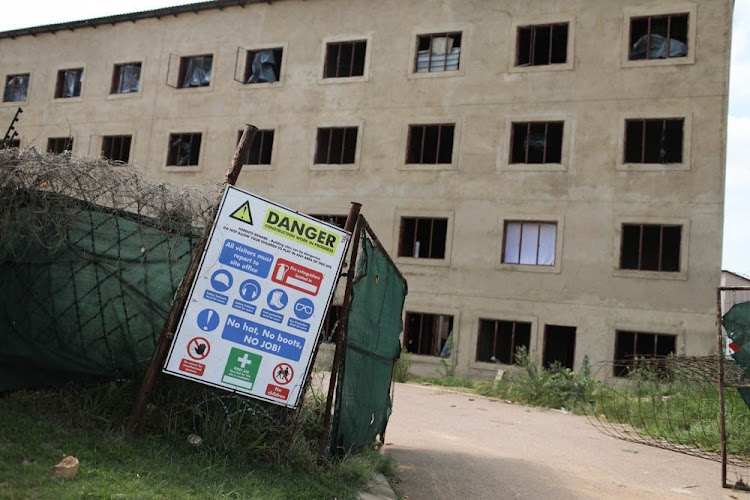 A block of flats that is being illegally occupied in Olievenhoutbosch, south of Pretoria.
Image: Picture: Alaister Russell/The Sunday Times

“I have given up and decided to just move my furniture and occupy one of the flats,” he said.

Nomsa Khumalo told TimesLIVE that the contractor hasn't been on site for months, and they decided to move in before other people took them.

As TimesLIVE reporters were conducting interviews, they were stopped by community leaders who said they needed to talk among themselves before speaking to the media.

The situation got tense as the people started gathering and signalling each other with whistles.

'My dream has gone up in smoke': Another pandemic housing project stalls

In Mamelodi, Tshwane, a group of hostel dwellers are eagerly eyeing a nearby development of half-built "shack" housing units.
News
9 months ago

Gauteng human settlements spokesperson Castro Ngobese confirmed that his department was aware of the illegal occupation of the houses in Olievenhoutbosch.

Ngobese said the department was building 945 flats at a cost of R187m, and they expected the contractor to complete them by March 31.

“The department is concerned with lawlessness and requests the law-enforcement authorities to act decisively against the perpetrators. A case has been opened and the department is also considering an urgent court interdict,” Ngobese said.

In September last year, TimesLIVE's sister publication, Sowetan, reported that the Gauteng department of human settlements had instructed the state attorney to obtain eviction orders to remove people who had allocated themselves government-subsidised houses and invaded unoccupied land. 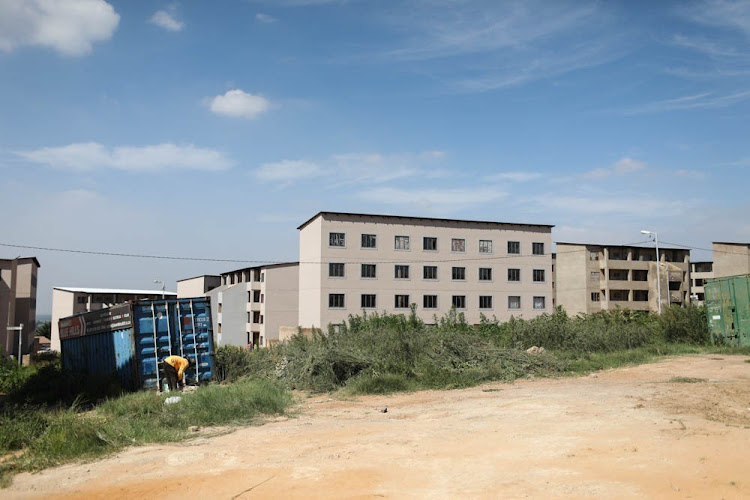 People who are fed up with waiting for houses have illegally occupied partly completed flats in Olievenhoutbosch, south of Pretoria.
Image: Picture: Alaister Russell/The Sunday Times

Human settlements MEC Lebogang Maile told journalists at the time that illegal occupation of houses was a serious problem affecting the delivery of houses to those who qualify.

Sowetan reported that Maile stated that his department had eviction orders against the unlawful occupiers of unallocated housing units and empty stands in the following areas — Olievenhoutbosch, Vlakfontein, Orange Farm and Nellmapius.

Sowetan reported that occupation of land and unallocated subsidised houses had been a problem for both the provincial government and municipalities in Gauteng. Thousands of people allocated themselves places in a housing development in Fleurhof. The Red Ants clashed with residents who vowed they would not be removed from the properties as they had “been waiting for houses for years”.

IN PICS | Durban highways blocked as community protests about housing

Parts of the M4 and Mangosuthu highways, south of Durban, were blockaded with burning debris on Monday morning as aggrieved community members took to ...
News
9 months ago

The department of human settlements confirmed on Friday that Eskom had approached it with a list of properties for possible purchase - including the ...
News
9 months ago