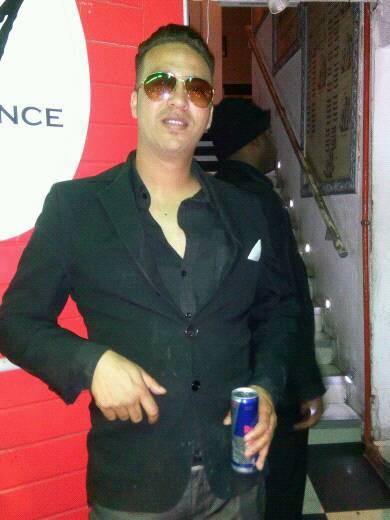 Ismail Cupido appeared in the Cape Town magistrate's court on Tuesday. He is an alleged member of the 27s gang and the Lifman group.
Image: Ismail Cupido/Facebook

A seventeenth person alleged to have wrought terror as part of Cape Town’s nightclub turf war appeared in court on Tuesday, after he was found to be living in alleged underworld boss Mark Lifman’s Sea Point Hotel 303.

Ismail Cupido faces two counts of contravention of the Prevention of Organised Crimes Act, a piece of legislature which could see him and his co-accused face long prison sentences for the separate roles they played in the “27" criminal gang’s alleged violent takeover of Cape Town’s lucrative nightclub security industry through extortion and intimidation.

Stevens was murdered outside his Kraaifontein home on February 2, little more than a month after he, Booysen and Lifman handed themselves over to police on December 22.

The arrests are the culmination of an investigation by the Western Cape Hawks' serious organised crime investigations team, who were tasked to investigate a nightclub turf war which erupted in 2017 between the so-called Lifman group and a rival group controlled by alleged underworld boss Nafiz Modack and Booysen’s younger brother, Colin Booysen.

The state charged Cupido with “conspiracy to commit public violence, intimidation, possession of unlicensed firearms and ammunition and providing a firearm and ammunition to any person not allowed to possess it”.

More clarity on the counts is expected to emerge when all the accused are indicted during their next combined court appearance on May 12, but according to the state’s charge sheet, dated April 9 2017, Cupido conspired to commit murder with Stevens, Booysen, bouncer boss André Naudé, debt collector Sam Phillip Farquharson, Johannes Stevens, Egan Norman, Anthony Aamier van der Watt, Ricardo Maarman, Typhyenne Jantjies and Jason Maits.

The state alleges this involved the accused committing intimidation and contravening the Firearms Control Act.

He was my brother , leader and chief

Throughout the war between the two underworld groupings several shootings also occurred at nightclubs. One of these was outside the upmarket Cafe Caprice nightclub overlooking Camps Bay’s beachfront.

In the series of events which form part of the investigation into the shooting, the state alleged that Cupido conspired with Van der Watt, Maarman, Bevan Cedrick Ezaus and Bradley de Bula to shoot dead Modack, Colin Booysen, or Waseem Chaudhry on April 17.

This was the same day on which his co-accused allegedly carried out a shooting at Cafe Caprice in the attempted murders of Durie Mukkadam and Thomas Davenport.

Lakay was shot five times on August 5 2018, while sitting in his car in the driveway of his Belhar home.

Cupido’s social media profile depicted a man in the lap of luxury with pictures of him next to a terraced residential pool in Fresnaye in January 2015, or next to luxury cars and wearing luxury watches and clothing,  but on Tuesday it emerged that he was at the lower end of an alleged criminal enterprise when he applied for legal aid and pleaded for a bail amount of R1,000.

The court granted Cupido R5,000 bail on condition that he does not leave the Western Cape and that he check in at the Sea Point police station every Monday.

His next appearance is on May 12.

The suspect, who was apprehended on Thursday, is the 17th person arrested in connection with Wainstein's murder.
News
1 year ago

Members of an alleged syndicate known as "the Jerome Booysen Enterprise" handed themselves over to the police on Thursday as the Hawks launched their ...
News
1 year ago

'Foot soldiers' of the 27s gang will likely need legal aid, while the ‘big guns’ quickly raised tens of thousands in bail
News
1 year ago

Four alleged underworld characters and a police officer appeared in the Cape Town magistrate’s court on Tuesday after they handed themselves over to ...
News
1 year ago