Covid-19 update shows most active cases are in KwaZulu-Natal 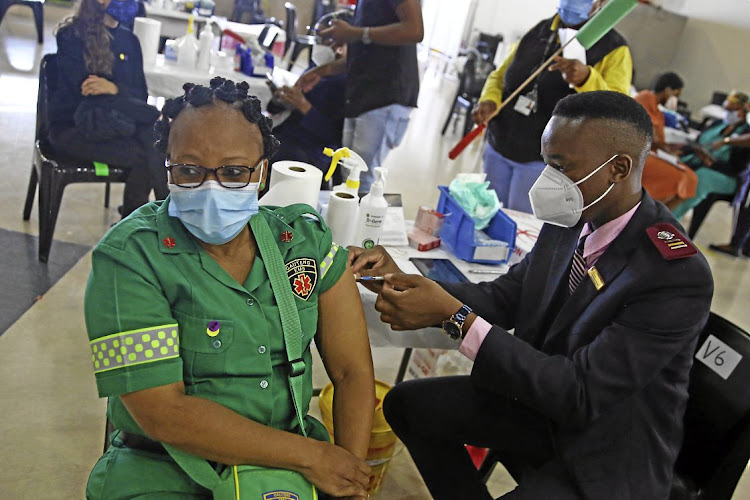 An Emergency Medical Service member getting vaccinated at Charlotte Maxeke Hospital in Johannesburg. The hospital has been temporarily closed and patients relocated after a fire. File photo.
Image: Thapelo Morebudi

The cumulative number of Covid-19 cases for SA reached 1,568,366 on Tuesday evening.

There were 130 deaths recorded on Tuesday — the majority of which, at 41, were in the Western Cape followed by 34 in North West, 13 in the Northern Cape and 11 each in Gauteng and the Eastern Cape.

“This brings the total to 53,887 deaths. Some provinces have been conducting data verification at facilities to ensure that all Covid-19 related deaths that were not reported are reported,” health minister Zweli Mkhize said in a statement.

Stats provided by Mkhize, broken down by province, indicated that the most active cases in the country were in KwaZulu-Natal at 5,587 followed by 3,358 in the Northern Cape. 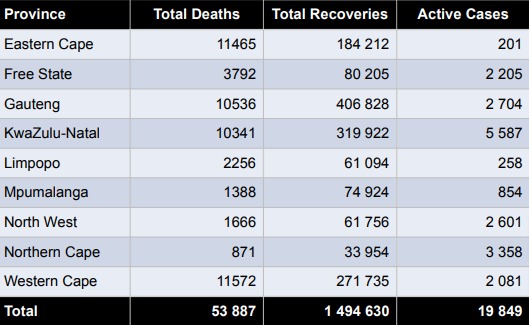 Loss of taste, smell due to Covid is proving a challenge for wine tasters, union wants them to be priority group for vaccine
World
3 weeks ago

No ifs or butts about it, Covid stress has driven many back to smoking

While SA saw a dip in smoking during the ban, there has also been a drop in the number of people wanting to quit
News
4 weeks ago
Next Article