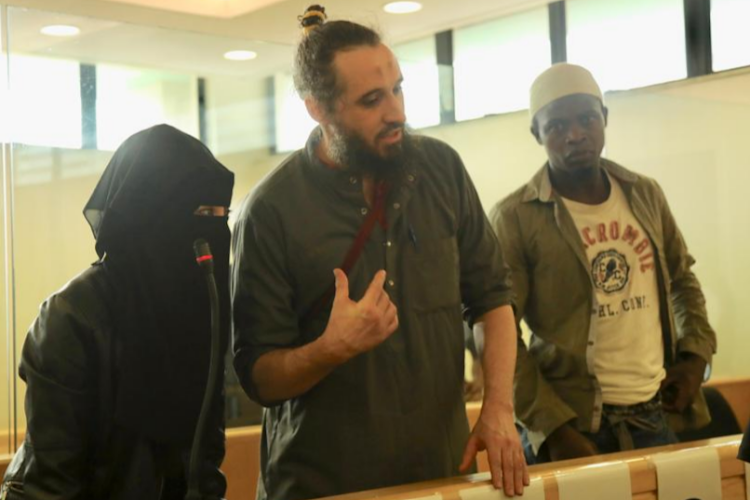 The attorneys representing three alleged Isis-affiliated accused on trial for double murder have withdrawn their representation of the trio.

Their instructing attorney Yusuf Cassim withdrew his representation after not being paid.

TimesLIVE previously reported that Del Vecchio was attempting to sell properties in Italy to pay their legal fees to Cassim and legal heavyweight advocate Jimmy Howse.

The accused had no option but to opt for legal aid representation as a date for pretrial has been set down for July 26. The trial itself is set down for August 16-September 17.

Del Vecchio, Patel and Mussa allegedly kidnapped and murdered the Saunders in February 2018. They also face charges of theft and contravention of the Protection of Constitutional Democracy Against Terrorist and Related Activities Act.

The matter has been plagued by delays, with consultation being an issue, since Del Vecchio and Mussa were transferred to Ebongweni maximum security prison in Kokstad after prison officials said they had uncovered a plot which would jeopardise Westville prison, where they were initially held, in May last year.

Pay up or get legal aid, court tells alleged Isis trio on trial for botanists’ murder

Trio ask for a three-month adjournment to find money for their advocate, but the court refuses, giving them till June 7
News
1 month ago

An alleged Isis-linked murder mastermind, accused of orchestrating the killing of two internationally recognised botanists in KwaZulu-Natal, is ...
News
3 months ago

The trial against three alleged Isis acolytes accused of kidnaping and murdering British botanists, Rodney and Rachel Saunders, has been adjourned to ...
News
5 months ago