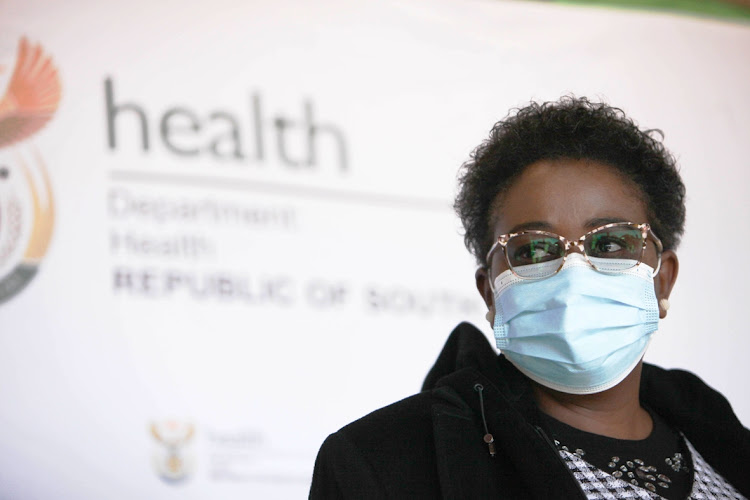 SA's third wave of Covid-19 is on course to surpass the peak of the second wave after the arrival of a new variant of the infection, acting health minister Mmamoloko Kubayi said on Saturday.

Prof Koleka Mlisana, the head of the ministerial advisory committee on Covid-19, said there was an urgent need to intensify the lockdown to restrict movement of people, and she called for a total ban on gatherings.

Kubayi said the command council would meet again on Sunday to discuss changes to lockdown regulations. She begged residents of Gauteng, where the third wave is rampant, not to have gatherings this weekend.

The highly infectious Delta variant, which has caused infections to rampage through India, has been widely detected in tests, said Prof Tulio de Oliveira, a member of the ministerial advisory committee.

But he said the Pfizer vaccine being administered in SA was up to 96% effective against the Delta variant.

De Oliveira told a briefing called after an emergency meeting of the national coronavirus command council that the Delta variant was now the dominant strain circulating in SA. 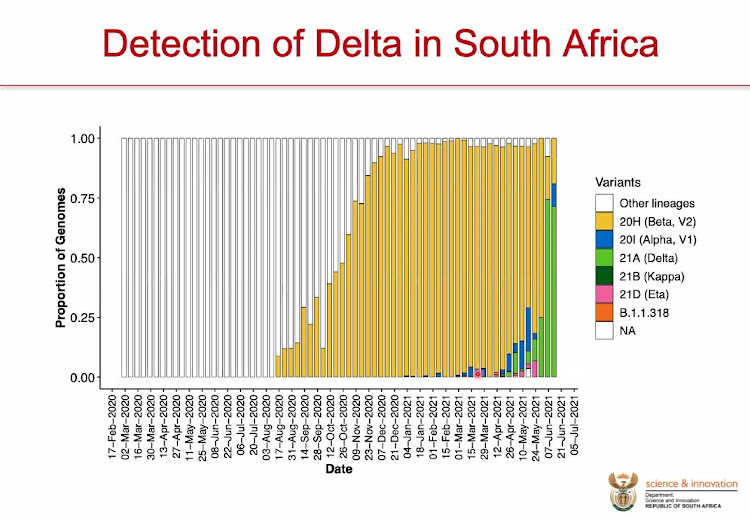 How the delta variant has taken over in SA.
Image: Department of Science and Innovation 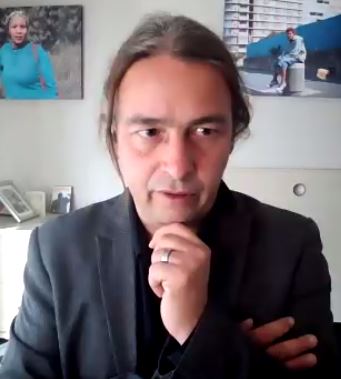 The latest reproduction number of 1.3 — which means every infected person infects another 1.3 — showed SA's epidemic has now entered a phase of exponential growth, he said.

De Oliveira said data on the spread of the Delta variant was gathered from widespread sources in KwaZulu-Natal. Though data was awaited from Gauteng, it was believed the province's surging cases were due to the highly transmissible variant.

The variant has reached 85 countries, said De Oliveira, and was already spreading rapidly through Africa. “It is very quickly starting to dominate the global pandemic.”

“It is really, really highly transmissible, more than all other variants, including the Beta variant from SA,” he said.

“When transmission grows very, very fast we overwhelm our hospitals and we have extra deaths, not just from Covid but from other diseases.”

De Oliveira said the Delta variant meant people who had already recovered from Covid-19 could easily become reinfected. But much more data was needed to confirm this.

However, the Covid-19 vaccines that have been developed had been found to be effective against the variant. 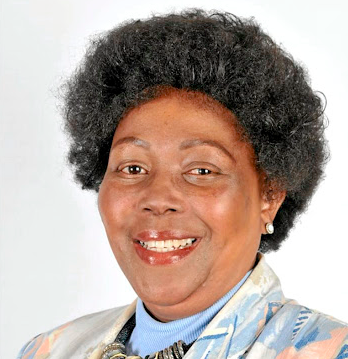 Mlisana said the arrival of the Delta variant had fundamentally changed modellers' predictions for the third wave.

“Looking at how quickly this variant actually leads to increased cases, for the provinces other than Gauteng we are probably talking a matter of days,” she said.

“We can already see that the hospitals in Gauteng are struggling severely.

“This goes back to what we have been saying: we're going to need to make sure that we get on to hard restrictions, tighter restrictions.

“We need to be very decisive and go to the extent of saying 'how do we restrict movement of persons?' and that needs to be done very urgently.

“Probably we are saying there should be no gatherings whatsoever.”

The advisory committee was working on a document that would be ready by Sunday about how the country should respond to the Delta variant, and how to keep the vaccination rollout unfolding amid tighter restrictions.

Covid-19 vaccinations for the police are being fast-tracked before a crackdown on compliance with Covid-19 regulations, acting health minister ...
Politics
2 months ago

Family and religious gatherings during Ramadan may have inadvertently acted as Covid-19 superspreader events in Muslim communities, some of SA's ...
News
2 months ago