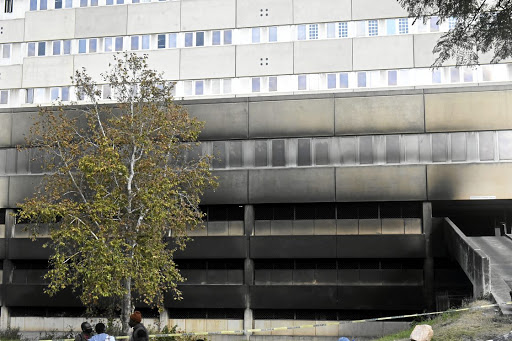 Charlotte Maxeke hospital in Johannesburg, which was closed after being gutted by fire in April, has now been looted of copper piping worth R30m.

This emerged last week as pressure from health activists, doctors and professors forced the Gauteng health department to open the radiology department to address the backlog of cancer patients needing treatment.

A source close to the hospital, who does not want to be identified, told the Financial Mail the theft of the piping means that some parts of the hospital are without hot water. “Replacing the pipes is an added cost on top of all the other expenses in reopening the hospital,” the source says. “It is another hurdle.”

Kwara Kekana, spokesperson for the Gauteng health department, said efforts to replace the stolen pipes are “at an advanced stage”.

See the full story in the Financial Mail.

Gauteng medical staff, overwhelmed by growing numbers of Covid-19 patients, now also have to worry about a staff shortage.
News
6 months ago

Gauteng premier David Makhura announced on Thursday that some blocks at Charlotte Maxeke Hospital which were untouched by a recent fire will reopen.
News
7 months ago