Beta variant of virus may increase risk for hospitalisation and death 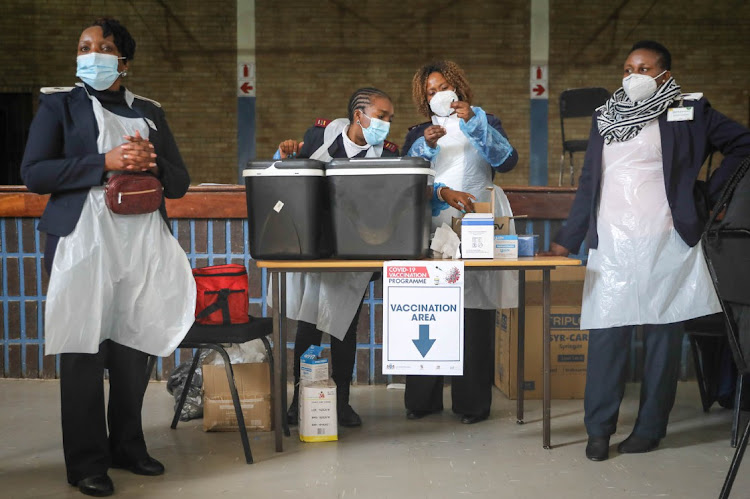 A wide-ranging SA study suggests people infected with the Beta variant of the SARS-CoV-2 virus are at greater risk for hospitalisation and dying from Covid-19.

The observational study, which is due to be presented at the European Congress of Clinical Microbiology & Infectious Diseases (ECCMID) and published in The Lancet Global Health, found there was a 31% higher risk of in-hospital deaths during the country’s second wave of infections which were dominated by the Beta variant.

The Beta variant was first detected in SA in November.

“While some of this increased mortality can be explained by higher levels of hospitalisations in the second wave tending to be older patients presenting to public sector hospitals with fewer resources, as well as greater pressures on the health system, it is likely that the Beta variant played a key role.”

The study's authors urged caution, however, as the analysis used mortality in the second wave as a proxy for the dominant Beta variant. The study also did not use individual-level sequencing data.

SA's first wave of Covid-19 infections reached its peak in July 2020. The second wave, which peaked in January, was driven by the new variant of the SARS-CoV-2 virus known as 501Y.V2 (Beta).

“However, there is very little data on the severity of the disease during SA’s second wave dominated by the Beta variant, and few studies offer national data on the factors that may contribute to outcomes for hospitalised patients,” the authors said.

The NICD study also showed that in-hospital mortality among healthcare workers was associated with age, race, comorbidities and health sector, as ...
News
3 months ago

To resolve this, the researchers relied on the DATCOV surveillance system for Covid-19 hospital admissions of all 227,932 patients admitted to 644 public and private hospitals between March 5 2020 and March 27 this year, and compared in-hospital mortality between the two waves.

The researchers found that compared to the first wave, people hospitalised in the second wave were more likely to be:

“During the second wave, individuals who were black and Indian and had an underlying health condition were less likely to be admitted to hospital than they were during the first wave,” they said.

In weeks where hospital admissions exceeded 8,000, deaths rose by 24% which may have been partly the result of the strain on the health system.

The looming challenge is how to prevent high death rates in the third wave, said co-author Dr Caroline Mudara of the National Health Laboratory Service.

“Key to this will be slowing transmission and spreading out the peak of the epidemic to prevent hospital capacity from being breached, as well as ensuring access to vaccinations.”

The authors noted that the study's findings are observational and other possible factors, such as socioeconomic status and missing data on race and comorbidities, may have skewed the findings.

‘Variant of interest’: 5 things you need to know about the Lambda variant

A new Covid-19 variant is causing concern around the world at an alarming rate.
News
3 months ago

WATCH | Alpha, Beta and Delta: What we should know about the Covid-19 variants in SA

For the past few months, the Covid-19 Delta variant has been dominant in SA.
Lifestyle
3 months ago

The next Covid-19 variant to watch like a hawk: the highly transmissible 'Lambda'

While Delta is ripping through SA, global eyes are turning to a new variant: Lambda.
News
3 months ago