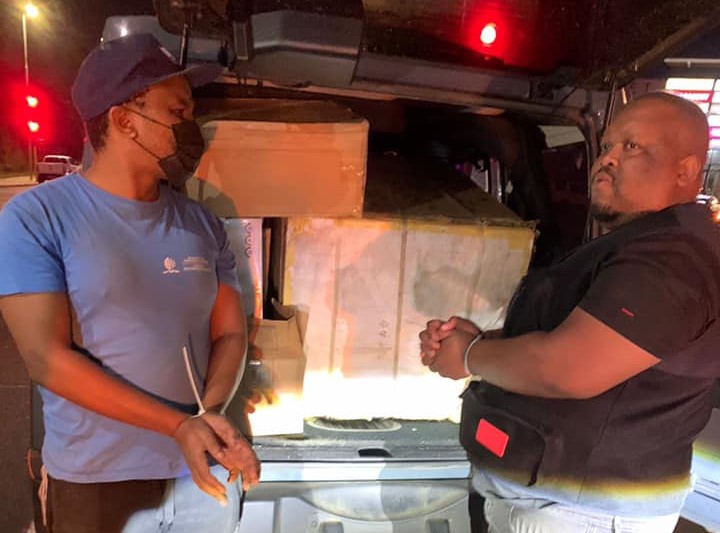 Suspended Ubuntu Wealth Management CEO Qhawe Sithole, accused of being found in possession of looted goods at a roadblock in Durban, will explain his version of events to company executives at a meeting on Saturday in Pretoria.

Company COO Mmangaliso Nxumalo confirmed that Sithole, a Hilton College old boy, had been released from custody on bail on Thursday afternoon.

Sithole was captured on video earlier this week at the roadblock in Umhlanga, eThekwini, with a washing machine, bar stool, alcohol and braai accessories packed in his Jeep Wrangler.

“These are our things,” he says in the video.

Nxumalo said on Friday they were waiting for an official meeting to be held in Pretoria on Saturday to get further clarity on the incident — shared widely on social media.

“We are waiting for an official meeting tomorrow afternoon when he flies up because he is in Durban and he has to come to Pretoria.

“We also need to look at the merits of the case because we need all the facts presented to us so that there can be factual information rather than hearsay,” he said.

The board of Ubuntu Wealth Management announced the suspension of Sithole in a statement after a meeting on Wednesday.

“The board wishes to clarify that the CEO has been suspended with immediate effect pending the outcome of his case and an independent investigation into the charges that have been brought to him,” said Nxumalo.

On Tuesday, Moloi said he was not looting and that the incident had been taken out of context - but a second video suggests otherwise.
News
4 months ago

He said once the board received all of the facts about the case and had studied the findings, it would take the recommended disciplinary action against Sithole or anyone else as required.

“The board will move swiftly to institute such disciplinary action so that the matter will be resolved as soon as possible. This remains a matter of utmost concern to the board.

“The board wishes to assure all stakeholders and the public that this matter is receiving all the attention it deserves. However, the board is also at pains to ensure that due process is followed at all times,” said Nxumalo.

Sithole, however, denied any involvement in looting and told News24 that he was moving house and had purchased the furniture.

A 26-year-old caught on video picking up a basket and putting it inside his car on Monday in KZN said the whole thing has been taken out of context.
News
4 months ago

An alleged looter who filmed himself eating cake has gone viral.
News
4 months ago