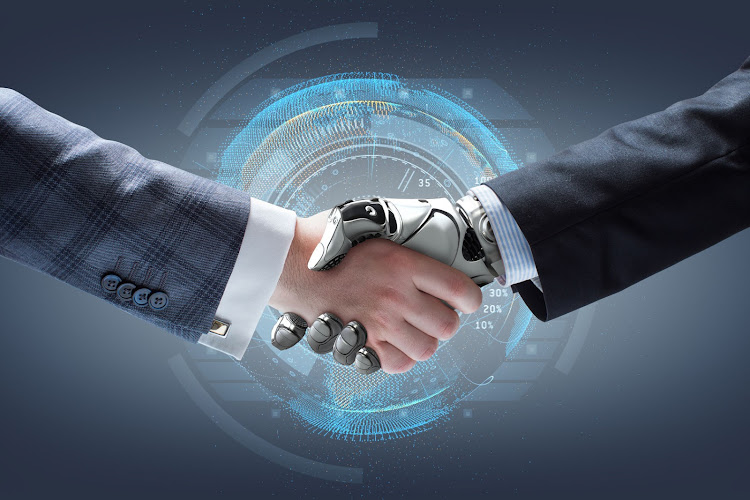 SA is the first country in the world to award a patent in the name of an artificial intelligence (AI) as its inventor.

American AI pioneer Dr Stephen Thaler, an artificial inventor at Imagination Engines, is the patent holder and creator of an intelligent device named Dabus (Device for the Autonomous Bootstrapping of Unified Sentience), an artificial neural system he has been working on for the past 30 years.

Dabus was not asked to invent anything specifically but rather given free range to design anything it “wanted” to be used in the future.

As a result it invented a food container with a practical adaptation for the transfer of heat into and out of the container.

The patent was secured by Surrey law professor Ryan Abbott who has been trying to have AI recognised as an inventor. The UK, Europe and the US have all denied this application.

But on Wednesday the patent was published in the SA Patent Journal with the help of Von Seidels law firm. This also signifies the formal grant of the patent by the SA Companies and Intellectual Property Commission (CIPC).

Abbott, author of The Reasonable Robot: Artificial Intelligence and the Law (2020), said his team had been working on the legalities around AI and patents for eight years since Dabus' invention. In 2018 papers were filed but denied by the US, Europe and the UK on the basis that their laws only recognised people as inventors.

“The idea of AI autonomously inventing seems like something out of sci-fi but it is inevitable and within 10 years the idea of people having questioned [the validity of AI as inventors] will seem odd.

“This is not about crazy robots taking over the world ... Dabus invents because it was told to do so. This is not about rights for robots but about the rights of people who own the devices which create AI.”

As an example, Abbott said, Siemens car manufacturer in America had a suspension element designed by AI but could not patent the design because AI cannot be an inventor. On top of that, US law comes down heavily on people who claim to be inventors in bad faith — so no person in the company could claim the patent.

Beat Weibel (Siemens) shows a suspension element generated by AI, however this AI algorithm can't be indicated as the inventor. "There is a need to allow a legal person to be designated as the inventor" #WIPOipAI pic.twitter.com/QGu71zdU9C

Another example would be pharmaceutical companies who use AI to create medications and vaccines. Without a patent for their product there are financial implications for that company.

“The jurisdiction that only a person can be an inventor came from laws that a company could not be an inventor — that was before anyone [conceptualised] AI ... The rules [aren't equal] for people and machines.”

This is relevant to countries like SA with high unemployment. Abbott used McDonald's fast food company as an example.

In the US taxation on a company is higher for human workers than for machines. This is obviously because machines can work 24/7 without breaks, sick leave or insurance.

At the start of 2018 McDonald's America replaced 2,500 cashiers with self-ordering kiosks. That same year, in April, McDonald's SA unveiled their self-ordering stations. Though not as prevalent as in the US, many of the restaurants in SA now carry these machines.

Makers of Sophia the robot plan mass rollout during pandemic

“Social robots like me can take care of the sick or elderly,” Sophia says while she conducts a tour of her lab in Hong Kong.
News
8 months ago

Erik van der Vyver, partner at Von Seidels, explained why SA was able to grant AI a patent. But he also stressed that none of the countries which declined the patent had any objections to the actual product which they agreed is patent eligible

“Their decisions not to grant the patent ... were based on an interpretation of their own laws ... written many, many years ago, long before lawmakers could even have conceived that non-human entities could come up with inventions in the true sense of the word.

“The rejections were therefore based on [in our view] an overly strict interpretation of existing laws and not taking the modern realities of technological capabilities into account.

“SA laws differ in that there is no explicit requirement in our laws, specifically the Patents Act, that an inventor be a natural person, neither has the issue been considered by our courts. Provided that a SA patent application complies with certain formal requirements, which in this case it did, our Patent Office actually has no grounds on which to reject a patent application.

“Our Patent Office officials acted entirely within their rights, and in our view correctly, by accepting the patent application and allowing it to proceed to grant.” 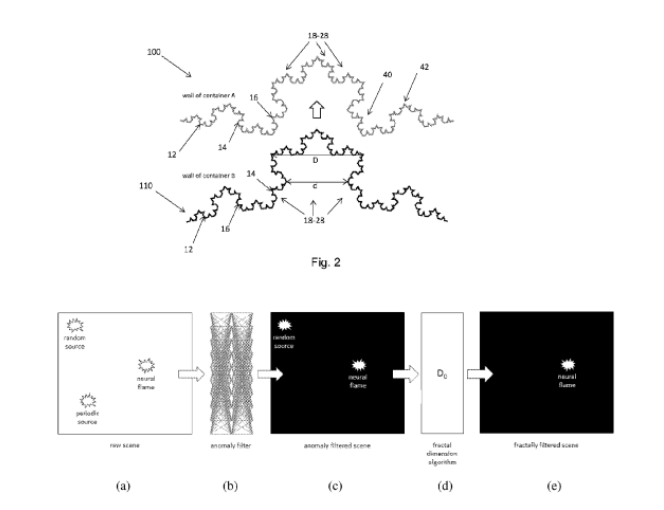 The patent design filed to the SA Companies and Intellectual Property Commission created by AI Dabus for the a container for beverages which allows heat to transfer into and out of the container.
Image: Dabus via CIPC

However, Van der Vyver said patents are territorial rights meaning that this patent will only be protected in SA. But there are treaties which can extend the patent laws of the country awarding the patent, to other countries.

On Friday Australian courts will decide if the patent is awarded to Dabus.

“Patents are very important in protecting innovations. They provide an incentive to businesses and individuals to invest in innovation, knowing that they will have some exclusivity through which to reap the rewards of innovation without being undercut by competitors who can copy the innovation without having to incur the cost of research & development.”

Bots designed to negotiate create their own language

Facebook's Artificial Intelligence Research Group are working to create chatbots (programs that mimic conversation) which can negotiate with each other. The aim is to create a more sophisticated response to consumer questions.

In 2017 their research resulted in AI chatbots Alice and Bob who learned to communicate with each other. But because the researchers did not specify they 'speak' in English, the bots created their own shorthand language for quicker communication.

- As reported in USA Today

Though Dabus will be named as the inventor according to section 27 of the SA Patents Act, the person who created the AI, in this case Dr Stephen Thaler, is the patent holder.

Section 27 reads: “An application for a patent in respect of an invention may be made by the inventor or by any person acquiring from him [the inventor] the right to apply”.

“Because Dr Thaler created Dabus, the AI listed as the inventor on the patent application, it is our view that the rights to apply for the patent automatically passed to him,” Van der Vyver said.

He said the law firm took on the matter because it had a patent team that specialised in AI and related technologies.

“We can expect inventions made by AI to become more commonplace — in drug discovery in particular, which means that patent laws across the world need to be evaluated for their suitability in protecting such inventions.

“Why would you build and run an inventive AI if you had no entitlement to the inventions it made? ... Legislation ... needs to be tested and, if necessary, adapted to account for the fact that we can now have non-human inventors.

“Filing this case in SA, and seeing whether it would go to grant, was an important step in that process. Hopefully the success in SA will provide other countries with some motivation to accept these applications too.”

Thaler said it was important for him to have the patent in Dabus' name “because there was no [natural] person who qualifies as an inventor and without an inventor, [he] cannot receive a patent”.

“Dr Thaler could have professed to be the inventor of the invention, but that would have been wrong and, to put it bluntly, dishonest,” Van der Vyver added.

Meanwhile, according to Abbott, Thaler has received commercial interest in the invention.

Health in your pocket: consultations, sharing medical files, all on your phone

At first glance, the forays Apple, Google and other technology giants are making into the world of cars don't appear to be particularly lucrative.
Business Times
3 months ago