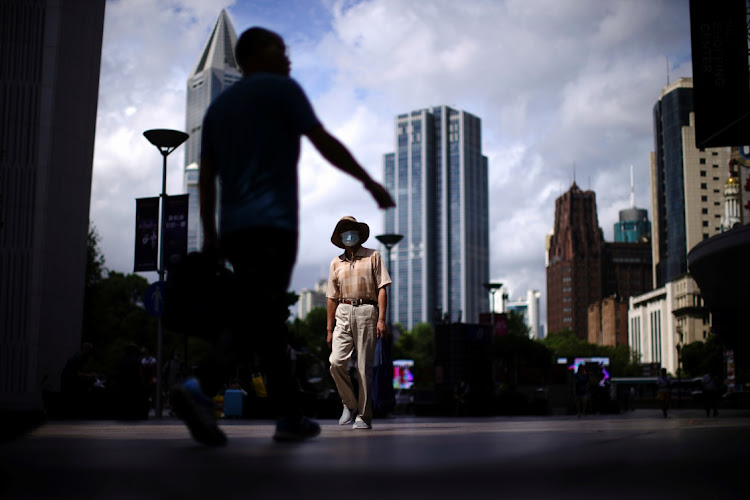 There were also another 458 Covid-19 related deaths recorded in the past 24 hours, as the country continues to feel the burden of the coronavirus third wave.

According to the National Institute for Communicable Diseases (NICD), the new cases mean that there have been 2,497,655 cases recorded to date across SA. The virus death toll is 73,873.

Freda Staebler started her nursing career at the age of 40. Everything changed under the coronavirus pandemic. She has seen patients die, daily. But those nursed back to good health, who get to go home, bring a sense of joy.

Staebler has been nominated as one of the “Heroes of Groote Schuur Hospital” in Cape Town. This, in her own words, is her story:

I worked in a factory for 16 years before becoming a nurse.

After 47 years a family’s dry cleaning and tailor store shut its doors last week. At the end of the month their core business, a dry cleaners in Fordsburg, will also shut after 66 years in central Johannesburg.

Harry Govind, 74, and his family are community leaders in Lenasia, southwest of the city, where Govind is well known for his charity work.

Speaking at the department’s weekly digicon on Covid-19 in the province, he said, “We have had reports of people fraudulently trying to get a vaccine card to enable them to travel without getting the vaccine.

Fighting Covid-19 may be increasing accidental poisoning in homes with one of the country’s poison centres reporting a steep spike in calls related to disinfectant exposure.

The Poison Information Helpline of the Western Cape says as families have started buying more household disinfectants, including hand sanitisers, to fight the pandemic, cases of unintentional exposure have been increasing too, particularly in children under the age of five.

Japan was set on Thursday to expand emergency restrictions to eight more prefectures to fight a surge in Covid-19 cases, as worries deepen about strains on the nation's medical system in Olympics host Tokyo and around the country.

Coronavirus infections are surging faster than ever before as new cases hit record highs in Tokyo, overshadowing the July 23-Aug. 8 Olympics and fueling doubts over Prime Minister Yasuhide Suga's handling of the pandemic.

"New infections are rising at an unprecedently fast pace," Economy Minister Yasutoshi Nishimura told a panel of experts at which he made the new proposal.

"The situation on the ground (at hospitals) is extremely severe," Nishimura added, noting that serious cases had doubled in the past two weeks.

The panel signed off on the proposal, but Nishimura told a news conference some members had warned the situation was severe enough to require a nationwide state of emergency - a stance shared by the head of the Japan Medical Association.

Six prefectures including Olympic host city Tokyo are already under full states of emergency to last through Aug. 31 while another five are under less strict "quasi-emergency" directives.

The latest steps, to take effect from Sunday, mean that more than 70% of the population will be under some restrictions.

Nigeria has received 4 million doses of Moderna's Covid-19 vaccines, donated by the United States government, according to its health minister

The World Health Organization is calling for a halt on Covid-19 vaccine boosters until at least the end of September, its head Tedros Adhanom Ghebreyesus said on Wednesday, as the gap between vaccinations in wealthy and poor countries widens.

Every morning I wake up, it seems there is another friend or family member who has been hospitalised, intubated or died from Covid-19.

Even non-coronavirus deaths are amplified because of the heartache of the many who have succumbed to the dreaded virus. Sometimes the cause of death is hard to discern: was it really heart problems, as the family is quick to report, or were the cardiovascular problems Covid-19-related?

This week I have to find ways of including at least three drive-by and two online memorials in a packed schedule of remembering the dead. Behind the numbers are the names of real people whose amazing lives have been lost in the sheer frequency of death around us.