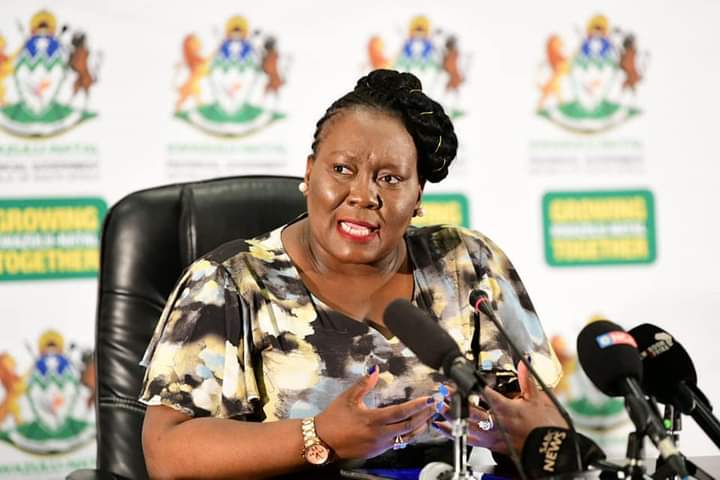 KwaZulu-Natal Health MEC Nomagugu Simelane has expressed concerns that many people now appear to be taking the pandemic for granted, disregarding regulations and precautions.
Image: Supplied

As new Covid-19 infections soar across the province, KwaZulu-Natal health MEC Nomagugu Simelane sounded the alarm bells over what she termed “Covid-19 fatigue”.

Simelane expressed concern that many people appeared to be disregarding regulations and precautions to prevent infection.

“We know that, perhaps because we talk about Covid-19 on a daily basis, people may feel like they’re growing ‘tired’ of consuming this information. But the truth is that things are really getting bad.

“We’ve been saying in the past months that we were not in the third wave and it seemed as though when it would eventually come, we would not be hit that hard. But in the past two weeks or so, we’ve seen an exponential growth in the number of new daily infections, which is extremely concerning,” she said.

On Saturday, the National Institute for Communicable Diseases (NICD) reported that the majority of new cases recorded in SA were in KwaZulu-Natal, accounting for 29% of the cases. The province recorded 3,884 new cases. A day earlier, the number of new infections stood at 4,198. 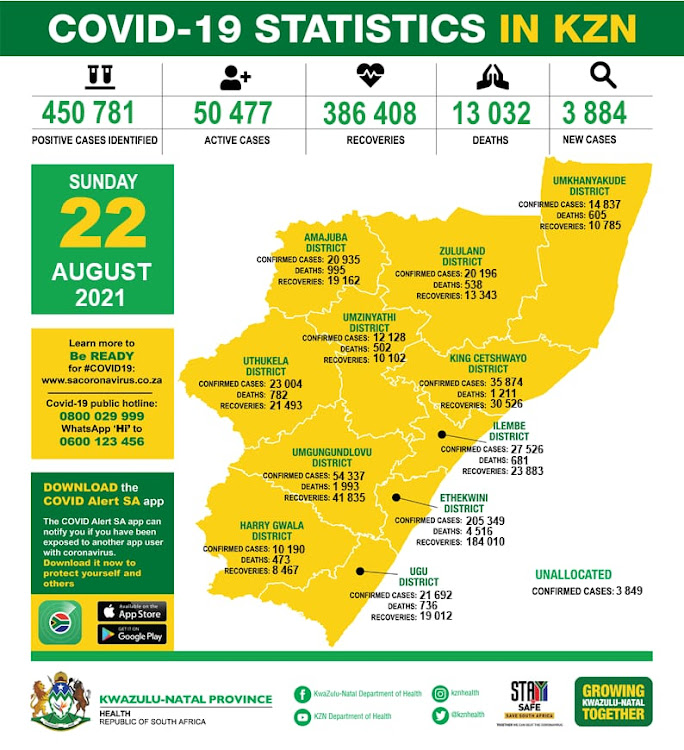 The National Institute for Communicable Diseases (NICD) said that the majority of new cases on Saturday are from KwaZulu-Natal (29%).
Image: Supplied.

“Instead of the numbers going down, they’re rising. That is why we are pleading with the people of this province to adhere to non-pharmaceutical measures,” Simelane said.

“Scientists have told us that the Delta virus that we are dealing with is a lot more infectious. That is manifesting in the high rate of infections among young people and at schools. We are seeing a lot of people dying because of Covid-19. It’s something that we all should be worried about,” she said.

Simelane said she found vaccine enthusiasm among the “Ama 2000” (18-year-olds and above) encouraging.

“They’re very excited. And we’re ready for them. We’ve explained in the past that we have more than 600 vaccination sites in the province. It is just that we haven’t opened all of them. But if these young people come out in numbers and we need to open all those sites, we will do so. We are ready. We have the personnel to operate them. And we even have the vaccine doses. We are also ready to vaccinate them in their own communities, as part of our community outreach. But we are urging them to register so that there is order.”

More than 1,8-million people have now been vaccinated in KwaZulu-Natal since the programme started earlier this year.

Should those who don't get the Covid-19 vaccine be banned from attending events?

There was some good news on Thursday, as the 10-million mark for the number of Covid-19 vaccines administered was passed.
News
9 months ago

A City of Joburg health worker was arrested on Saturday night for allegedly selling fake Covid-19 negative test certificates to travellers for R500.
News
8 months ago