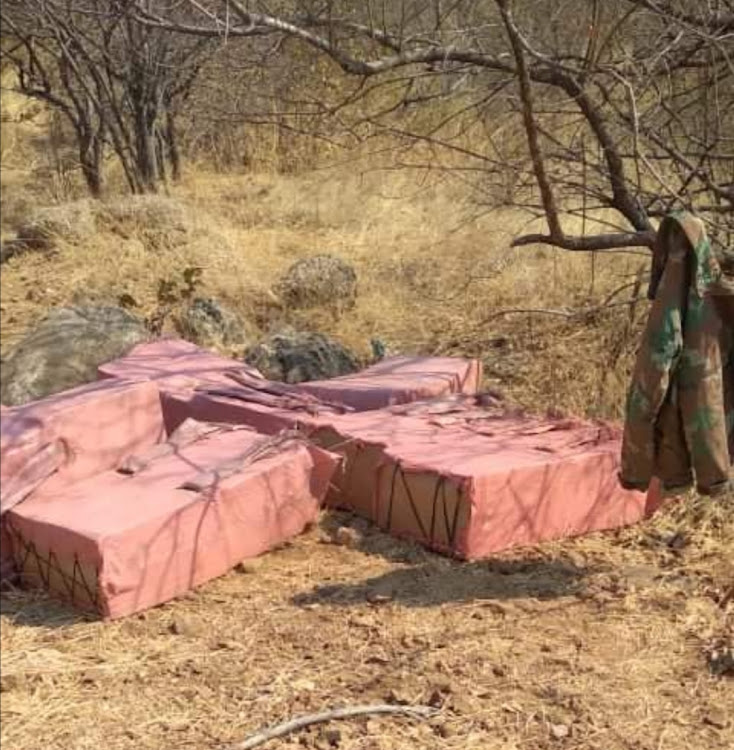 A consignment of illegal cigarettes were confiscated by soldiers at the border between SA and Zimbabwe.
Image: SANDF via Facebook

Alleged smugglers hotfooted it to Zimbabwe to escape from soldiers who confiscated nearly R500,000 worth of illicit cigarettes near the border in Limpopo.

The military said in at the weekend that members of the 1 Special Services Battalion were on patrol when they made the haul.

“The cigarettes were handed to police at Masisi Village.

“The suspects fled the scene and ran back to Zimbabwe,” said army spokesperson Capt Moses Semono.

Military equipment, vehicles destroyed as fire tears through army base

More than 200 military vehicles, including Nyalas, trailers and other military equipment, were burnt to ashes after a fire broke out at the ...
News
2 months ago

Another soldier arrested for vehicle smuggling across Beitbridge border

This brings the total number of SANDF members arrested in relation to cross-border crimes to eight.
News
2 months ago

Crocodiles have prevented SAPS officers from destroying an illegal makeshift bridge over the Limpopo River linking SA and Zimbabwe.
News
2 months ago