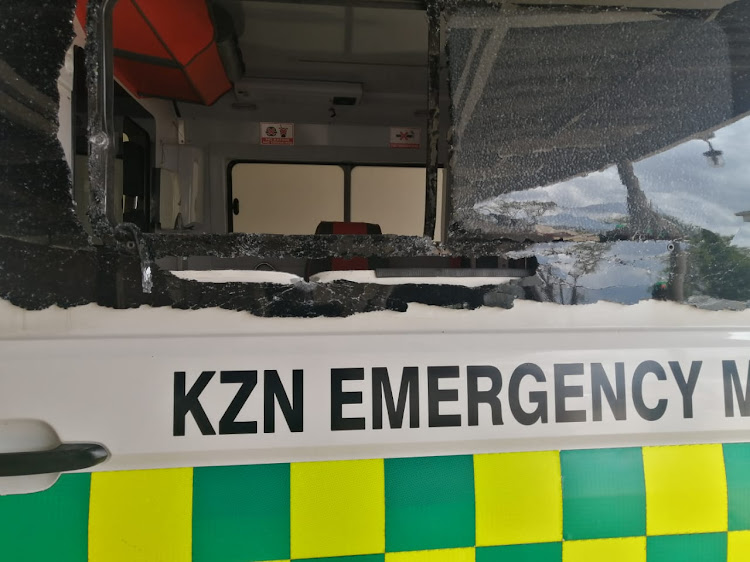 Two paramedics came under fire in the early hours of Monday morning, which resulted in the death of a 40-year-old mother of three and the critical wounding of her fellow crew member.
Image: Supplied

Phumzile Dlamini, a paramedic with 10 years' service and mother of three, was preparing to transport two patients to a KwaZulu-Natal Midlands hospital when the ambulance came under fire in the early hours of Monday morning.

Dlamini, 40, and her crewmate had just finished securing a patient, who had been shot at his home in the Mabhanoyini area, near Estcourt, when they heard gunfire outside the vehicle.

The paramedics had already picked up a patient who had sustained a fractured leg, when they had to detour to the home of the wounded man.

“Dlamini, who was an Intermediate Life Support paramedic with 10 years' service and hailed from Greytown, was hit twice and demised on the scene. Her crewmate sustained three gunshots and was rushed to hospital, where he remains in critical condition,” the provincial department of health said on Monday afternoon.

None of the gunshots reached the two patients in the bullet-riddled ambulance. 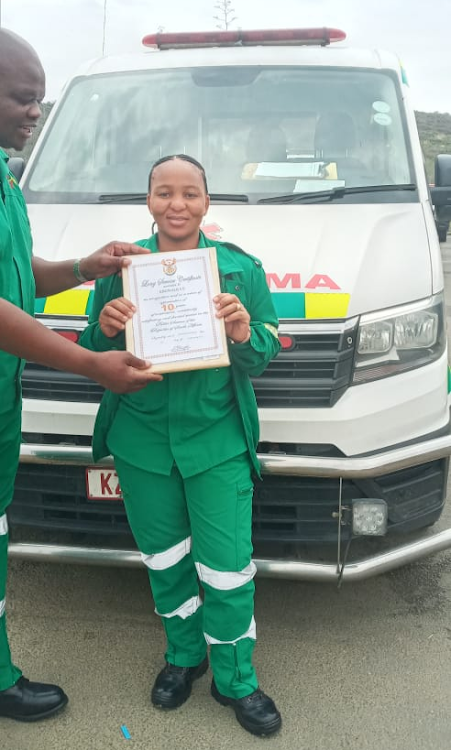 Phumzile Dlamini, a paramedic with 10 years' service and mother of three, died on the scene.
Image: Supplied

Cartridges of high-calibre bullets found at the scene “deepen the mystery of why innocent paramedics found themselves at the receiving end of such brutality”, the department said.

“An incident like this is spine-chilling. It is barbaric, cowardly and completely shocking. It’s a strong signal that something has gone horribly wrong in our society when innocent first responders, whose core responsibility is to save lives by helping those in emergency situations, get attacked and murdered like this. It's outrageous.

“We’re told that Ms Dlamini had a daughter aged 21 who is at university, and two sons aged 19 and 12. She had a husband, and had worked for the department for 10 years. What must her family do, now that her life has been snuffed out so suddenly, and so senselessly?

“We don’t even know whether her crewmate will survive this attack — or, if he does, how his life will be from now on. We can only wish him a full and speedy recovery,” she said.

Simelane said it was not the first time KZN paramedics were “attacked in this fashion”.

“Incidents where paramedics get called out to emergency scenes, only to get robbed and stabbed, or subjected to various other forms of violence and hostility, have become commonplace. This really has to stop. That is why we are calling on our communities to isolate and expose these heartless thugs.

“These criminals are in our communities. Someone, somewhere, knows something about that they have done. That is why we are urging our people to bring forward any information that might lead to the their arrest.

“We really don’t want a situation where our paramedics refuse to work at night, because then people whose lives can be saved will start dying.”

It was in the interest of all that justice was served, she added.

A child was killed in Lanseria on Sunday night after a crash on the N14.
News
8 months ago

Family spokesperson Tshegetso Boekhouer said the accident happened around 3am when the couple was driving home from an after tears party.
News
8 months ago

A cyclist, estimated to be about 50 years old, was killed by a speeding taxi this morning when he was crushed and dragged for over half a kilometre ...
News
8 months ago