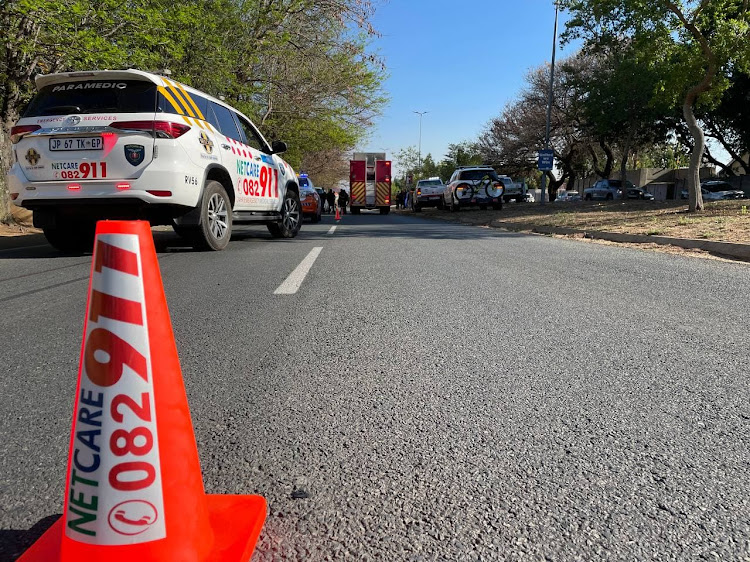 MANGLED WRECKAGE The horror scene where a cyclist was hit by a speeding taxi and dragged to death before his mangled body could be retrieved.
Image: Netcare911

A cyclist, estimated to be about 50 years old, was killed by a speeding taxi this morning when he was crushed and dragged for more than half a kilometre before the driver stopped and paramedics could retrieve the body.

Netcare 911 spokesperson Shawn Herbst said the incident happened at 7am on Sunday on Bowling Avenue near Kelvin Drive in Gallo Manor, Johannesburg. 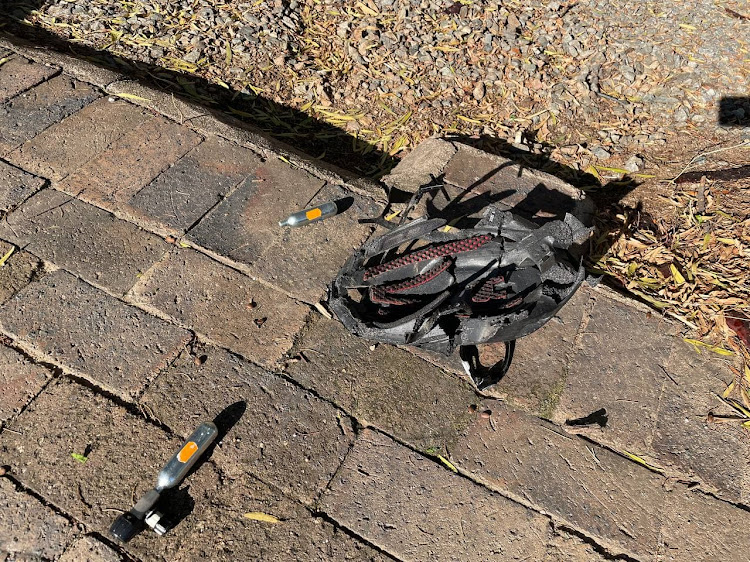 The mangled bits left in the road after a speeding taxi allegedly knocked down the cyclist, crushing him and dragging him for more than half a kilometre to his death.
Image: Netcare911

Two cyclists were knocked down by the minibus taxi. One of the men was caught under the taxi and dragged before motorists managed to force the taxi to stop.

“Medics assessed the scene and found that the cyclist was still trapped underneath the taxi. Fire and rescue services had to use hydraulic tools to free the severely disfigured man,” Herbst said.

The man was declared dead on the scene. The second cyclist, also an adult male, was treated at the scene. Once stabilised, he was taken to hospital by ambulance. 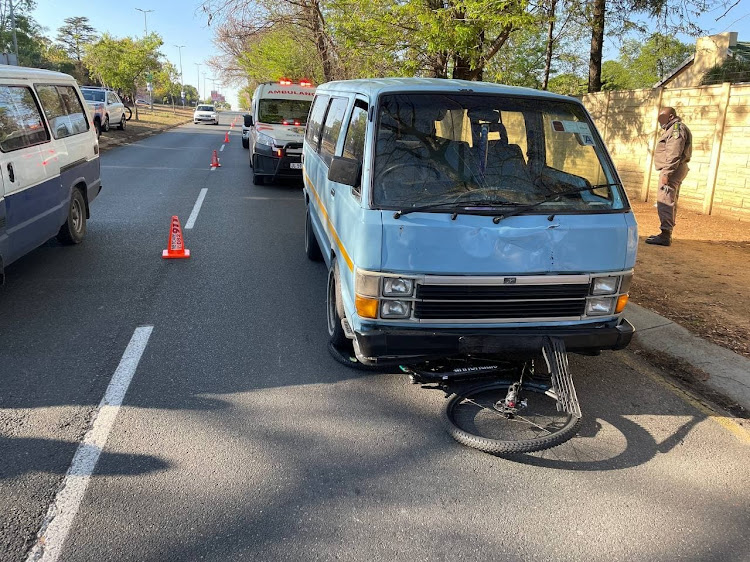 A speeding taxi allegedly ploughed into two cyclists, crushing one of them and dragging him to his death.
Image: Netcare911

Herbst said the scene was so horrific in nature that even seasoned emergency workers  were traumatised by the incident.

He said the taxi driver was not injured.

* This is a developing story.

A young cyclist was killed on the R102 Frasers road in Tongaat on the north coast of KwaZulu-Natal on Saturday morning.
News
3 months ago

A cyclist was among those killed in accidents in the Vaal Triangle at the weekend.
News
6 months ago

Tshwane Metro Police are appealing to a motorist who allegedly ploughed into three cyclists before fleeing the scene to hand himself over.
News
2 years ago