Suspect in R400m cocaine-in-a-boat case found with phone, cash in his cell 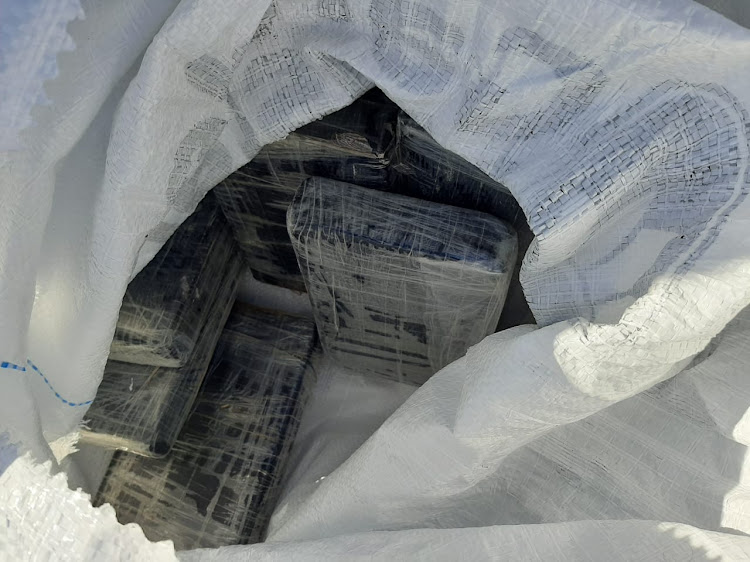 Some of the cocaine recovered from the hull of the boat. File photo.
Image: Hawks

It emerged in court on Friday that one of the suspects implicated in a huge drug bust, in which 800kg of cocaine was found in a boat being towed on a Gauteng freeway, was found in possession of a cellphone, cash, handwritten notes and drugs in his cell.

“The notes include information about where the accused was planning to transfer some of his assets. There was also cash found in his cell and drugs, namely crystal meth and dagga. The message conveyed to me was that the things belong to him,” said the investigating officer.

The five men are believed to be linked to a cocaine syndicate and are being charged for dealing in drugs valued at R400m. They told the court they intend to plead not guilty.

Another co-accused, Valdas Tenikaitis, had earlier abandoned his bid for bail.

Three of five men accused of operating a pure cocaine exportation syndicate have previously been convicted for dealing in abalone, the Pretoria ...
News
8 months ago

In making his submissions to the court, the investigating officer said the notes found had information showing the accused listing all his assets with an intention to transfer assets.

He said this was a clear indication the accused has the means to continue to conduct some of his affairs while in custody.

The investigating officer said phone numbers were found on the cellphone and the police were tracing them.

The accused denied the phone belonged to him and also claimed the handwritten notes found were taken from an attorney.

The investigating officer earlier revealed that the five accused had been positively identified through their use of Anom, a modified cellphone app widely used by syndicates abroad and which allows users to send messages and photos with end-to-end encryption, according to the New York Times.

The case has been postponed to Monday for the continuation of the bail application.

Police on Tuesday confiscated 541kg bricks of cocaine at a container depot in Isipingo, south of Durban.
News
10 months ago