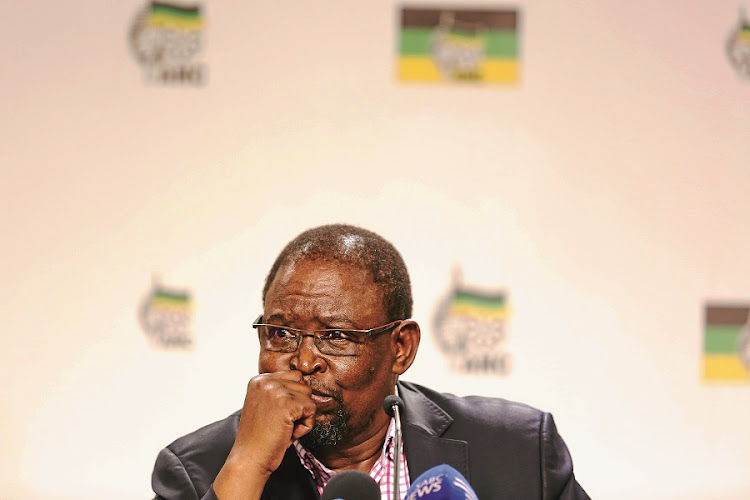 Investment and economic analysts hope to see the new finance minister prioritise policies that grow the economy and ease SA out of its tight, debt-heavy fiscal position.

Nic Spaull, an associate professor in the economics department at Stellenbosch University, and Citadel Investment Services chief economist Maarten Ackerman and chief investment officer George Herman weighed in on what to expect from the medium-term budget policy statement (MTBPS) on Thursday.

It will be the first MTBPS for new finance minister Enoch Godongwana.

Spaull’s seven wishes from the budget are:

(1) Get rid of SAA: Reverse the 2020 decision to bail out SAA and sell it instead. The cost of R10bn taken from police, education and public libraries is too high.

(2) Rename the R350 social relief of distress grant a basic dignity grant, make it permanent and fund it either by raising VAT two percentage points, or from a new ring-fenced wealth tax (a simple property tax using the municipal valuation system), distributed to recipients via e-wallet. The full value of the new tax should be distributed to recipients with audits to prove it.

(4) Introduce an annual “anti-corruption civil society” grant of R100m distributed to non-profit organisations in proportion to funds raised from South Africans for those organisations with a track record of investigations leading to arrests or financial clawbacks.

(5) Promote the indigenous language publishing industry by removing VAT on all books, magazines and newspapers written in the nine historically under-resourced African languages.

(6) Data and elections: Remove budget cuts from Stats SA and the IEC. Reliable information and reliable elections aren’t worth the ‘savings’.

(7) Set aside R200bn for a “Just Transition” over the next 10 years using the present value of the R23bn a year we allocate to Eskom. “It’s literally the planet that is at stake.”

Ackerman said all eyes will be on Godongwana to see if he keeps his predecessor Tito Mboweni’s more economically prudent policies which were designed to stimulate business growth, grow the fiscus and create jobs in SA.

He does not foresee Godongwana making any big changes to existing budget policies.

“Looking at where we are right now, we don’t really see big announcements regarding tax changes or any other policy changes, so it’s likely to be more of an update, and an indication of what we can expect when the national budget speech is delivered in February.”

“MTBPS is often more about policy than nitty-gritty numbers, but it does tell the market where the governing party is taking our finances,” Herman said.

WATCH | South Africans at petrol pumps speak about yet another increase

TimesLIVE Video takes you to petrol pumps in Johannesburg to speak to South Africans about the petrol and diesel price increases coming into effect ...
Multimedia
1 month ago

According to Ackerman, the economy has rebounded more positively over the past year than had been expected, “or budgeted in the February national budget, partly thanks to the reopening of the global economy supporting strong exports from the local commodities and agricultural sectors”.

“This doesn’t mean that we are out of the woods yet, it just appears far better in comparison to the worst of the pandemic.

“What one hopes to see is whether the minister is going to be prudent and use this opportunity to ‘bank’ some of the benefits that we’ve seen, because we are still in a very tight fiscal position and, if we don’t get the economy going very soon, we might have some further fiscal challenges in the next two to three years,” Ackerman said.

According to the financiers, Godongwana will need to balance providing sufficient support to policy items that drive sustainable, long-term economic growth. This includes support to those that bolster stable electricity supply, the restructuring of ports and industrial development.

They said this would mean removing any red tape that affects the ease of doing business, while still carefully managing policies that are intended to close SA’s inequality gap, such as social support, minimum wage, and the proposed National Health Insurance.

This doesn't mean that we are out of the woods yet, it just appears far better in comparison to the worst of the pandemic

“But that is where the problem lies,” Ackerman said. “If we don’t get the economy going in the next two to three years, it will be very difficult to remove that social support and if we don’t get more tax revenue from a faster growing economy we will need to borrow even more.

“About 20% of SA’s tax revenue is already going to servicing debt, which is why the longer-term risk of a very bleak fiscal environment remains if we don’t strengthen the economy urgently and broaden the tax base.”

“Revenue numbers for 2021 are likely to exceed the February national budget numbers by something in the region of R120bn. Unfortunately, the government has already begun spending this, which is exactly where the uncertainty lies. There are several big-ticket social commitments on the cards and the question is: how permanent will some of this social relief spending become?” Herman added.

SA’s debt-to-GDP ratio does not look like it will be stabilising any time on the medium-term horizon. Herman said this was despite being adjusted lower. “Thanks to the new bigger GDP value, the debt-to-GDP ratio is now on the increase again.”

Focusing on bond yields in the capital market, Herman believes these are priced attractively relative to fair value which seems to indicate that the markets have priced in some risk factor and uncertainty around the MTPBS.

“So, I don’t expect any shocks for the bond market emanating from the medium-term budget.”

However, he said there was always a risk that if something in the medium-term budget had to ignite some form of panic, foreign investors who have been consistent sellers of SA bonds could be spurred to sell off SA bonds again.

“If this happened, the rand would be most adversely affected by the MTBPS.”

EDITORIAL | How much are petrol price hikes fuelled by state policy? SA needs to know

Calculating increases is complex, but we at least need an assurance that the sums are done with our interests at heart
Opinion & Analysis
4 weeks ago

WATCH | What to expect from SA’s medium-term budget