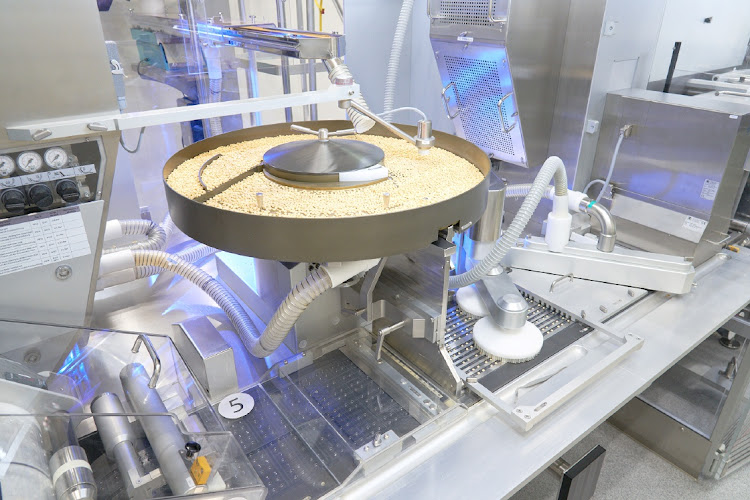 Gauteng again accounted for the vast majority of Covid-19 cases recorded across SA in the past 24 hours.

The latest NICD data showed that there were 566 cases recorded across the country in the past day. Of these, 332 (59%) were in Gauteng.

The ratio of hospital admissions and deaths to infections and cases in SA's predicted Covid-19 fourth wave is “expected to be substantially lower than in previous waves”.

That’s thanks to vaccinations, particularly among the elderly, and because of protection from previous infections, according to the South African Covid-19 Modelling Consortium which released their latest report with the National Institute for Communicable Diseases on Wednesday.

“The investigation reveals an amount of collusion between government (UIF) officials and private companies and individuals. It is very clear that this was an intentional systematic approach by those involved to fleece the monies of the UIF and we are dealing with it accordingly,” said SIU head advocate Andy Mothibi.

Sweden's Public Health Agency said on Wednesday it would reverse a widely-criticized decision to stop recommending testing for people who are fully vaccinated but show symptoms of Covid-19.

Covid-19 testing in Sweden has fallen by some 35% after the health agency announced in October that people displaying symptoms no longer needed to get tested if they were fully vaccinated against the virus."

The Public Health Agency has decided to recommend that the regions offer testing to everyone who is 6 years and older who gets symptoms that may be Covid-19," it said in a statement.

The recommendation not to test people who were vaccinated but showed symptoms drew heavy criticism at a time when the pandemic is gaining traction again across Europe.

Germany's coronavirus situation is dramatic, Chancellor Angela Merkel said on Wednesday, calling for a push to distribute booster shots faster and appealing to those sceptical of vaccination to change their minds.

Germany reported 52,826 new infections on Wednesday - a jump of a third compared with a week ago and another daily record, while 294 people died, bringing the total to 98,274, as the pandemic's fourth wave tightened its grip on Europe.

"It is not too late to opt for a first vaccine shot," Merkel told a congress of German city mayors. "Everyone who gets vaccinated protects himself and others. And if enough people get vaccinated that is the way out of the pandemic."

Only 68% of people in Europe's most populous country are fully vaccinated - lower than the average in western Europe due to a tradition of vaccine hesitancy, while 5% of the population has had a booster shot.

Merkel, governing in a caretaker capacity during negotiations to form a coalition government after an election in September, said there needs to be a national effort to get mass distribution of vaccine booster shots underway.

She also appealed to federal and regional leaders meeting on Thursday to introduce a measure that would trigger tighter restrictions based on the number of infected people who have to go to hospital in a week.

Germany has enough doses for a booster campaign, in part because it has delayed plans to donate vaccines to the COVAX facility that distributes them to poorer countries, Health Minister Jens Spahn said.

The Social Democrats, Greens and Free Democrats, who are negotiating to form the next government, are set to propose a range of measures to fight the pandemic in a draft law set to be voted on in parliament on Thursday.

They want to force people using public transport or attending workplaces to provide a negative Covid-19 test, or proof of recovery or vaccination.

S.Korea to cut vaccine booster interval for elderly to fight rise in cases

South Korea plans to cut to four months from six the gap for coronavirus booster doses given to senior citizens as it looks to dampen a spike in serious cases, authorities said on Wednesday.

After managing to keep infections relatively low with aggressive testing and tracing, authorities are now grappling with a surge in critical cases since an easing of distancing rules this month under a "living with Covid-19 " scheme.

More than 90% of South Korean adults have been vaccinated, but breakthrough infections have been growing among elderly people, straining the medical system.

The Korea Disease Control and Prevention Agency (KDCA) said it has decided to shorten the dosing interval for booster shots for people aged 60 or older and those who live or work at nursing homes and other vulnerable facilities to four months.

People in their 50s and primary groups including soldiers, police and firefighters can now get another jab five months after their last shot.

"Despite our high vaccination rate, we've confirmed clear rises in breakthrough infections among senior generations four months after they got the shot," KDCA chief Jeong Eun-kyeong told a briefing.

"There is also a growing need for additional vaccination doses due to declining immunity from the Delta variants and as time passes."

The KDCA reported 3,187 new cases for Tuesday, the highest daily tally since 3,270 recorded on Sept. 25, including the most ever serious infections of 522.

More than 82% of all serious cases reported this week are from elderly people, compared with around 65% a month ago, the KDCA said.

Hospital beds are being filled rapidly around the greater Seoul area, with only about 30% of intensive care units (ICUs) left available.

The KDCA said it will consider issuing a circuit breaker on the relaxed distancing curbs if more than 75% of ICU beds are used nationwide and other factors pose high risks.

Nearly 13.8 million people will be able to get a booster shot by the end of this year, the KDCA said.

Dr. Anthony Fauci said the UScould move beyond the Covid-19 health emergency next year if it ramps up vaccination rates and if those who are already vaccinated get their booster shots

Pfizer files for US authorization of Covid-19 pill

There has been a steady increase in the number of influenza cases from the week starting August 23, with a sharp increase in the week beginning November 1 in a number of surveillance sites, the National Institute for Communicable Diseases (NICD) said on Wednesday.

Can I get Covid-19 from having sex?

With mandatory mask-wearing, sanitising and social distancing becoming the norm during the pandemic, the question remains: can Covid-19 be sexually transmitted?

In short, there is no evidence either way.

Covid-19 is a respiratory disease and spreads by droplets released through coughing, sneezing, or breathing out. So direct contact with saliva, through kissing, can easily pass the virus.

A study conducted by scientists in Beijing found there is no evidence that the Covid-19 virus is transmitted through semen or vaginal fluids, but the virus has been detected in the semen of people who have or are recovering from the virus.

Can I get Covid-19 from having sex?

Mexico's health ministry reported 735 new confirmed coronavirus cases and 37 more fatalities on Tuesday, bringing the country's overall death toll from the pandemic to 291,241 and the total number of cases to 3,847,243.

Officials have said the ministry's figures likely represent a significant undercount of both Covid-19 cases and deaths.

Hong Kong's Disneyland will close for a day on Wednesday for staff to take compulsory Covid-19 tests after authorities found one person who visited the theme park over the weekend was infected with the coronavirus.

Disneyland, majority-owned by the city government with Walt Disney holding a minority stake, said in a statement the closure was out of "an abundance of caution" and advised visitors to reschedule.

Any person who visited the park, which had to close multiple times for prolonged periods since the start of the pandemic, on November 14 between 11:00 a.m. and 6:00 p.m. would also have to get tested by Thursday, the government said separately.

Despite barely recording any local coronavirus cases in recent months, authorities in the global financial hub have tightened up quarantine and patient discharge rules.

Hong Kong is following Beijing's lead in retaining strict travel curbs, in contrast to a global trend of opening up and living with the coronavirus. The city government hopes the tighter rules would convince China, its main source of economic growth, to gradually open its border with Hong Kong.

At Shanghai Disneyland last month, guests who were already inside were told to undergo tests at the exit related to Covid-19 investigations linked to other Chinese provinces and cities.

International business lobby groups have warned Hong Kong could lose talent and investment, as well as competitive ground to rival finance hubs such as Singapore, unless it relaxes its restrictions on travel.

The president of the American Chamber of Commerce in Hong Kong said on Tuesday she is resigning as she cannot appeal to authorities to ease Covid-19 restrictions at the same time as having to undergo quarantine herself.

JPMorgan Chase & Co Chief Executive Jamie Dimon, who was in Hong Kong on Monday and was exempt from quarantine under current rules for some executives, said the city's Covid-19 policy was making it tougher to retain staff.

The constitution guarantees the right to healthcare, but the vehicle for upholding it places elites ahead of the majority

SA’s 2021 medium-term budget policy statement was more of the same old narrative. Though highly anticipated, the impact of poverty and inequality did not feature strongly.

Instead South Africans got: be patient, let’s stick to the dream of a primary account surplus, then maybe we can make the investments needed to implement expanded social security, invest in strengthening the health system and so on. Until then, let’s just do more with less.

Budgets on their own don’t solve structural issues such as the effectiveness of the state. Reducing the wage bill doesn’t address poor management or budget execution. Instead, it increases execution risk. But they do provide some insight into government plans for addressing its broader developmental priorities.

SA’s health system is on its knees: the budget offers no relief

#COVID19 UPDATE: A total of 29,650 tests were conducted in the last 24hrs, with 273 new cases, which represents a 0.9% positivity rate. A further 15 #COVID19 related deaths have been reported, bringing total fatalities to 89,504 to date. See more here: https://t.co/YZpgrQShs8 pic.twitter.com/APaXZQCCrD