State prosecutor Mervyn Menigo said significant progress has been made in the case.

“A positive facial comparisons report has been obtained from experts which links the accused to the individual seen on the CCTV footage,” he said.

“However, we could not predict the lack of access to parliament with regards to the forensic investigation. A forensics report is outstanding and the forensic team is on the crime scene, which is unsafe. There is still 50 tons of water present in the building.”

Menigo said the forensics team could only access the National Assembly on March 15, meaning an additional three weeks are required to complete the report. 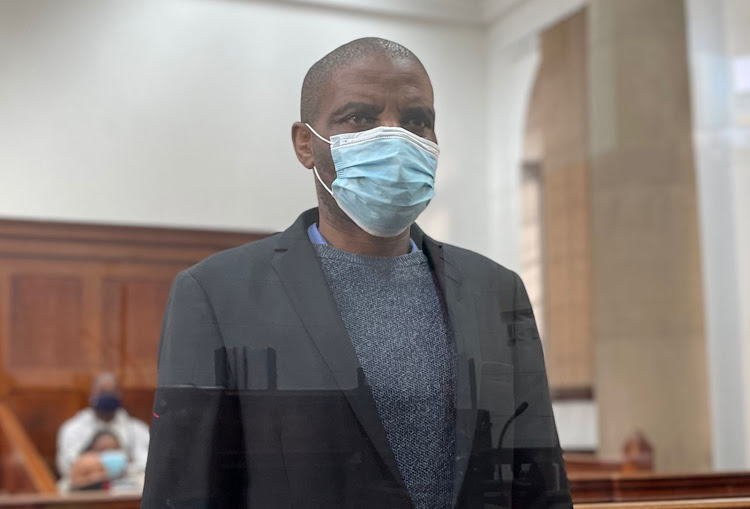 Zandile Mafe in the dock at the Cape Town magistrate's court on March 25 2022.
Image: Anthony Molyneaux

“As the requested time is quite long, the state is able to commit to having a draft indictment ready when we appear again in this matter,” said Menigo.

Mafe’s defence lawyer said any date before April 20 would be suitable.

Magistrate Ronel Oliver ruled that a remand for further investigation would be granted due to the challenges faced by the forensics team.

The matter will resume on May 12 due to the shortage of working days in April.

Thirty-two years to the day since Nelson Mandela was freed, Zandile Mafe appeared in court on Friday for his alleged involvement in the fire at ...
News
3 months ago

Minister in the presidency Mondli Gungubele believes there is a deliberate attempt to undermine the state by people "who have been found wanting".
Politics
3 months ago

CRIME STATS | 963 cases of arson between October and December 2021