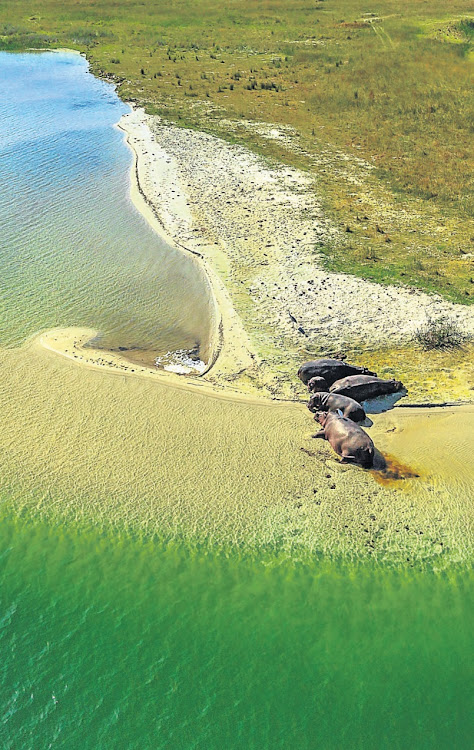 The iSimangaliso Wetland Park Authority has obtained an interim interdict in an attempt to stop an “invasion” of the indigenous Futululu forest which began last month in the World Heritage Site.

The respondents, who were not represented in court, have until June 23 to file papers opposing the finalisation of the interdict.

iSimangaliso spokesperson Bheki Manzini said the court action was necessary because efforts to engage the community and the “illegal invaders” through dialogue and meetings had been unsuccessful.

“Some community members continued with the invasion, destroying the park fence.”

He said the invasion started on March 21.

A report had been received that about 100 people were invading the forest using the access point opposite the entrance to the SA Defence Force 121 Battalion base.

“The field rangers were deployed and informed the people that what they were doing was illegal,” Manzini said.

It was believed that plots had been sold for farming and residential purposes.

Since then, the group has increased, reaching about 300 people.

A R4bn development plan is being rolled out at iSimangaliso, with ‘keen interest’ from prospective investors
News
1 year ago

“Since the start of these illegal activities, the park authority has held several meetings with community leaders in an attempt to find an amicable solution.

“iSimangaliso park authority and Ezemvelo KZN Wildlife jointly briefed the leadership about the Futululu land invasion and made it clear that the invasion is unlawful.

“The leadership was requested to warn their respective communities about the implications of their actions. The leadership was further informed that iSimangaliso and Ezemvelo will seek legal opinion that may lead to the arrest of individual instigators.”

Manzini said local traditional leader inkosi Mkhwanazi had called a meeting of the Dukuduku community at the end of March “to listen to all sides of the story”.

“Such interventions by the leaders are welcomed as iSimangaliso believes the relationship built with the community through meetings should be used as platforms for engagement and raising issues of concern from both sides.

Though the meeting started on an adversary note, it ended on a positive note as all parties engaged in a frank, honest and open spirit

“Invasion of land by the community as a means of drawing attention of iSimangaliso to concerns of the community cannot be condoned. iSimangaliso has a dedicated stakeholder engagement unit whose primary focus is to engage all stakeholders, especially local communities neighbouring the park.”

A meeting had also taken place on April 11 between the CEO of iSimangaliso Sibusiso Bukhosini and inkosi Mkhwanazi and his delegation.

“Inkosi Mkhwanazi raised the issue of opening the St Lucia estuary mouth as one of the concerns of the community. The community believes artificial breaching of the mouth will help to address the problem of flooding of their farms. Though the meeting started on an adversary note, it ended on a positive note as all parties engaged in a frank, honest and open spirit,” Manzini said.

The park authority was open for dialogue and people should rather talk and find amicable solutions than resort to lawlessness.

Sibiya ordered that the interim interdict have immediate effect. She laid down procedures through which it would be communicated to the community, including that it be translated into isiZulu, displayed at community halls and in parts of the park, including the affected site, published in local newspapers and broadcast once a week for three weeks on local radio stations.

The Supreme Court of Appeal has dashed Cape Town land occupiers’ hopes of R2,000 city council payouts for the loss of personal possessions.
News
7 months ago

Western Cape police on Wednesday clashed with residents of an illegal land occupation outside Grabouw, where hundreds of bungalows and shacks have ...
News
5 months ago

EDITORIAL | KZN needs all the help it can get, starting with government