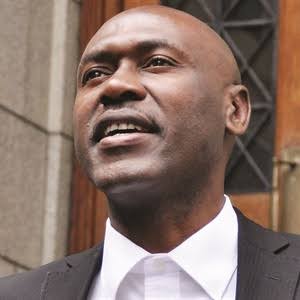 Renowned advocate William Mokhare is alive thanks to police who foiled a plot to kill him.

The masterminds are alleged to be his wife, Boitumelo Joyce Mokhare, and a self-proclaimed Zion Christian Church prophet, Shadrack Maripane from Nellmapius near Mamelodi.

The three are out on bail of R3,000 each after appearing on Monday at the Alexandra magistrate’s court in Johannesburg. They face charges of conspiracy to commit murder.

Prosecutor Lufuno Godfrey Maphiri argued that the safety of Mokhare would be compromised if the accused were released on bail and briefly presented the state’s allegations, stating that at the centre of the plot were divorce proceedings instituted by Mokhare against his estranged wife.

This after a tipoff last week led to the arrest of Boitumelo Mokhare and her co-accused.

A source close to the family said a firearm and ammunition were allegedly found at the prophet’s home.

The plot was allegedly hatched over advocate Mokhare’s multimillion-rand estate.

Mokhare is a member of the respected Duma Nokwe Group of Advocates. He received his LLM (Masters of Law) in international business law in the Netherlands and has worked at a legal firm in the US as a foreign intern.

Mokhare sounded shaken on Monday when speaking to TimesLIVE. He said he had not been privy to much information.

“I don’t yet know the full details and police are still investigating the matter, it is still sensitive. I found out only last week about the plot. [The accused] were given bail and the matter has been postponed for further investigation.”

National Prosecuting  Authority spokesperson Phindi Mjonondwane said Boitumelo Mokhari handed herself over to the Sandton police station with the assistance of her legal representative on Wednesday. The men were arrested on Thursday.

The matter will return to court on June 14.

The third accused in the Senzo Meyiwa murder trial, Mthobisi Prince Mncube, will remain at the Kgosi Mampuru Correctional Facility after several ...
News
3 weeks ago

Diale was shot when some residents of Pimville in Soweto went to Chicken Farm to seek information after their area was plunged into darkness as a ...
News
4 weeks ago

Justice Mudau, the man who alleged his wife tried to kill him with the assistance of cop-turned serial killer Nomia Rosemary Ndlovu, said he is ...
News
1 month ago

Zuma 'poisoning': 40 spies, but no evidence

Two men were handed life sentences for the murder of Northern Cape hotelier Leon Brits in the Upington high court on Thursday, joining his widow and ...
News
3 months ago