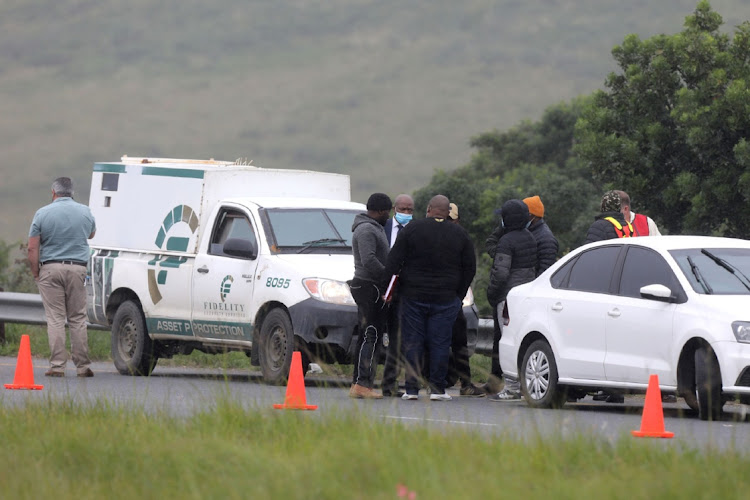 The aftermath of a cash-in-transit heist in the Eastern Cape. File photo.
Image: Alan Eason

A man has appeared in court in the Eastern Cape on charges related to dealing in commercial explosives allegedly used in ATM bombings and cash-in-transit heists.

“The arrest emanates from an intelligence-driven operation where two successful test purchases of explosives were done. The seized explosives are believed to be used in automated teller machine (ATM) bombings and cash-in-transit (CIT) robberies.”

Hadebe’s case was postponed to June 14 for a bail application.

Police arrested five suspects a few hours after an ATM was bombed in Carousel View in Tshwane on Friday.
News
3 months ago

Three security officers were injured during a cash-in-transit heist on Friday afternoon in Benoni, Gauteng.
News
2 months ago

In April 1971, today’s equivalent of several million rand was stolen from a security van parked outside the Trust Bank in Commissioner Street, ...
News
4 months ago