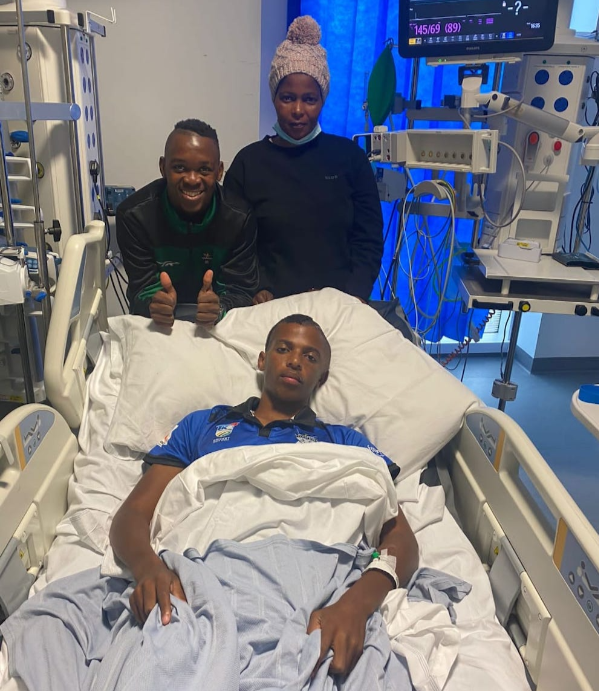 SA cricketer Mondli Khumalo, who was brutally attacked in England, is making a rapid recovery.

Khumalo, 20, has spent almost two weeks at Southmead Hospital in Bristol after he was attacked and assaulted at a taxi rank in the city where he played for North Petherton Cricket Club on a short term contract in the SA domestic off-season.

The bowler suffered serious head injuries and needed three brain operations as doctors fought to bring him out of a coma.

Khumalo’s agent Robbie Humphreys confirmed the good news, saying the player was excited to see his mother Sibongile Khumalo and uncle Sakhelephi Khumalo who arrived in the country on Wednesday.

“He is doing very well. He is up and about and able to do a bit of walking. He has been catching the ball and he is definitely in better conditions than he was 10 days ago. There has been a big improvement,” Humphries said.

Just 1 week after his 3rd brain op in 3 days, Mondli has today got his ability to catch back, and stand unaided! This boy is incredible #mondlikhumalo pic.twitter.com/MlFKNOqxRw

“He still in hospital but he is doing really well. His mom and uncle Sakhelephi are here as well.