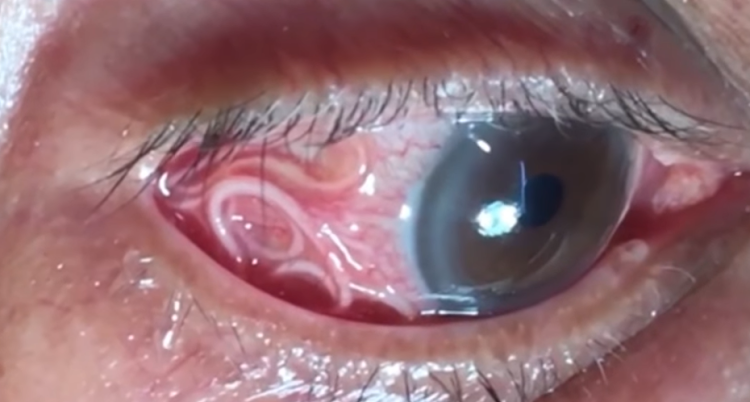 A man in India went to the doctor complaining of pain and itching in his eye.

Turns out he had a 15 cm-long parasitic worm living in his eye.

TIMESNOWNEWS reports Dr Srikanth Shetty examined the patient’s eye and discovered the parasitic worm could put his eyesight at risk.

"The best action would be to remove the worm immediately."

According to experts quoted by TIMESNOWNEWS the worm is believed to be Wuchereria Bancrofti, a type of roundworm that is spread via mosquito bites.

The Department of Correctional Services (DCS) is appalled by a video of a “plastered official”.
News
3 years ago

WATCH | They arrived with guns, Ethiopia's prime minister ordered them to do push-ups

Ethiopia's prime minister, Abiy Ahmed, ordered protesting soldiers who arrived at his office in the capital, Addis Ababa, with guns to do 10 push-ups ...
News
3 years ago