Sorrow and triumph, an Auschwitz survivor's journey back to a former hell 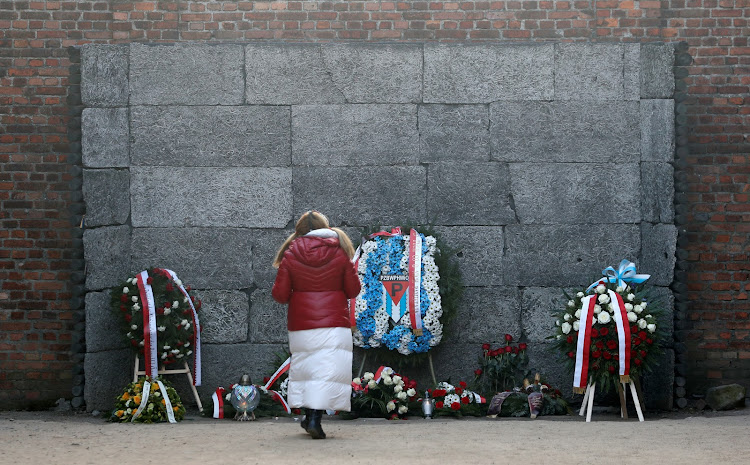 Wreaths and flowers are seen after a wreath-laying ceremony at the "death wall" at the former Nazi German concentration and extermination camp Auschwitz, during the ceremonies marking the 75th anniversary of the liberation of the camp and International Holocaust Victims Remembrance Day, in Oswiecim, Poland, January 27, 2020.
Image: REUTERS/Aleksandra Szmigiel

Jona Laks could smell the burning flesh as she walked towards death at the Auschwitz crematorium.

More than 75 years later, aged 90, she has returned to what was the most notorious Nazi death camp of World War Two's Jewish Holocaust.

"I can see it now," she says, gazing upon the crematorium where the corpses of Jews from across Europe who were murdered in gas chambers were later burned in furnaces.

"I saw sparks from the chimney and I could feel the burning flesh. As we got closer I could feel something was going to happen. I started crying. I didn't want my sisters to see me cry," Laks said softly. She was to be saved moments later.

The Nazis murdered more than one million people at Auschwitz, nearly all of them Jews. Six million Jews were murdered in the Holocaust.

Laks was about 14 when she was transported to Auschwitz in 1944 with her twin sister Miriam and older sister Chana from the Jewish ghetto of Lodz in Nazi-occupied Poland.

She returned this week as a guest of honour at the international ceremony on Jan. 27 commemorating the 75th anniversary of the camp's liberation, hosted at the Auschwitz-Birkenau Memorial.

"It's still so clear. I can't imagine it was 75 years ago," said Laks, speaking slowly as her face filled with sorrow.

Laks made the trip from her home in Israel with her granddaughter, Lee Aldar, 28.

At every step of the journey, her emotions built up. "We must be getting closer," she said looking out of the car window at a grey sky above bare trees lining the road from Krakow to Oswiecim.

"I'm nervous. I'm trying to adjust myself," she told her granddaughter. "There are those who do not want to talk about it. They want to leave the past behind, it's difficult to relive."

But for Laks, telling her story is important. "We, the last survivors that still remain, if we will not speak out and not tell, it will be forgotten as if nothing happened."

As the vehicle neared the camp, Laks recalled her first moments there. "It looked as if it was the end of the world, that everything is dark, cruel, unexplainable, inexplicable," she said. 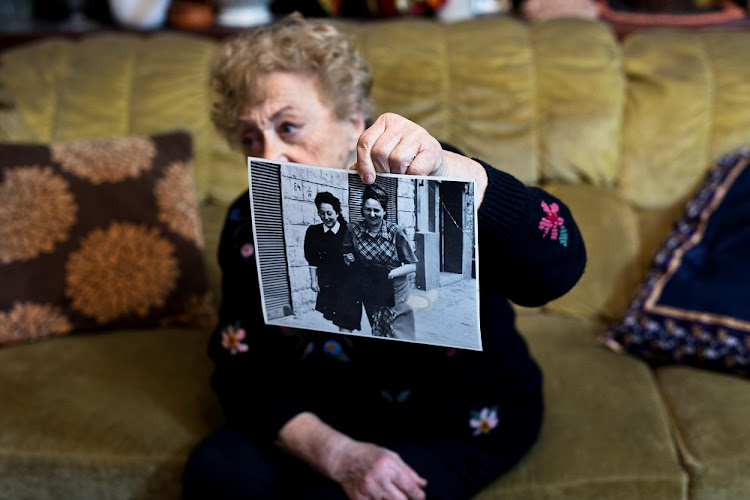 Jona Laks, survivor of Dr. Josef Mengele's twins experiments shows a photo of her and her older sister Chana, during an interview in her house in Tel Aviv, Israel January 21, 2020.
Image: REUTERS/Nir Elias/ Picture taken January 21, 2020.

Under Auschwitz's metal gate with its "Arbeit macht frei" ("Work sets you free") slogan, Laks stopped before she entered, marking the moment as she spoke, arm-in-arm with her granddaughter:

"Through this narrow gate, so many people walked and never came back, ending their lives behind these barbed-wire fences."

Five days earlier, at home in Tel Aviv, she had recounted her own arrival at Auschwitz with the same frankness.

"Eight days had passed since they’d left Auschwitz on this journey."
Books
1 year ago

With her sisters and thousands of other Jews from the Lodz ghetto, she was transported by train. They were forced into cattle carts, no windows and scarcely any room to move. She thinks the journey lasted about three days.

When they arrived they underwent 'selection': as they lined up on the platform, an SS doctor would choose who was fit for camp labour and who was to be killed in the gas chambers.

It was Joseph Mengele, Auschwitz's "Angel of Death", carrying out selection that day.

"Eventually Mengele came over with his dogs and his stick in his hand, 'left, right, left, right', I don't think he was even looking at the people. He looked bored," laks recalled with a slight smirk of contempt.

Mengele, an SS doctor, would also pick prisoners whom he subjected to pseudo-medical experiments. He had a particular interest in twins.

On the platform, he picked her sisters for labour and sent Laks to die. But when Chana begged Mengele not to separate her twin sisters he seized the opportunity for new guinea pigs and sent an SS officer to retrieve Laks from the crematorium.

"I was lucky," said Laks. "Or maybe unlucky," she added after a moment.

"I sometimes wonder whether animals could survive the inhumane cruelty we were subjected to," she told Aldar as they walked slowly towards Block number 10, which served as Mengele's laboratory. "I don't think they could."

Outside Block 10 was an execution courtyard where prisoners were sometimes put up against the brick "wall of death" and shot. "From inside, we would hear the screams of those being murdered," said Laks.

But standing with her granddaughter outside the shuttered barrack, Laks was overcome by a sense of triumph.

"I'm here with my granddaughter and I overcame. I won the war. We have a future," she said.

By telling the story of one family's struggle for survival under the Nazis, this book brings into focus the plight of today's refugees from terror, ...
Books
1 year ago

An Auschwitz survivor and stepsister of Holocaust diarist Anne Frank will meet on Thursday with some California high school students seen in viral ...
News
2 years ago
Next Article