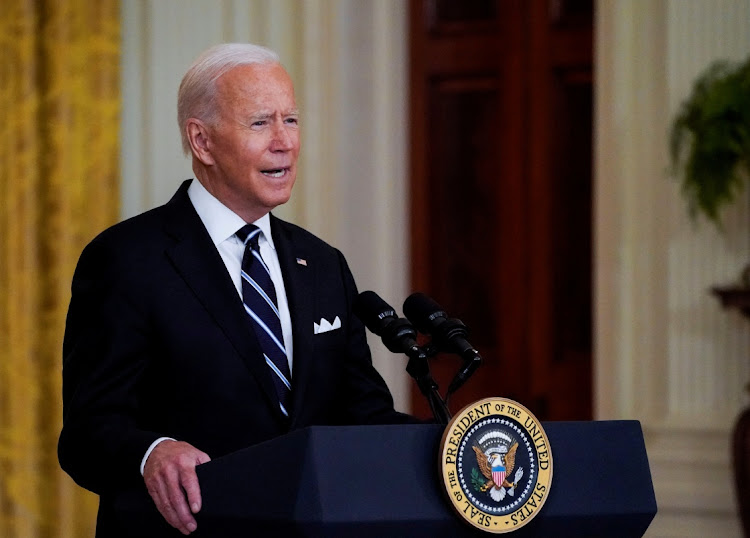 Biden said on Wednesday that "the idea that somehow there's a way to have gotten out without chaos ensuing, I don't know how that happens."
Image: REUTERS/Elizabeth Frantz

The Biden administration has not yet begun a promised review of its handling of the US withdrawal from Afghanistan, as officials focus on the more immediate issue of evacuations, a source familiar with the situation said on Thursday.

President Joe Biden, facing strong criticism from bipartisan lawmakers for his handling of the crisis, told ABC News in an interview on Wednesday "we're going to go back in hindsight and look" at whether the US exit could have been conducted in a better way.

White House national security adviser Jake Sullivan told reporters on Tuesday that "we will conduct an extensive hotwash," meaning a performance evaluation, on how the pullout was handled.

"We will take a look at every aspect of this from top to bottom," he said.

The source, asked Thursday if the review had begun, told Reuters on the condition of anonymity that the US focus for now is on operations on the ground and getting as many people out of Afghanistan as possible.

Several congressional committees have promised to hold hearings and House Intelligence Committee is to receive a classified briefing on Monday on the situation from the intelligence community.

Biden told ABC Wednesday that "the idea that somehow there's a way to have gotten out without chaos ensuing, I don't know how that happens."

The Taliban has told the United States it will provide safe passage for civilians to reach the airport in Afghanistan's capital Kabul, US national ...
News
5 months ago

President Joe Biden said on Monday the mission of the United States in Afghanistan was never supposed to be nation building as he defended his ...
News
5 months ago