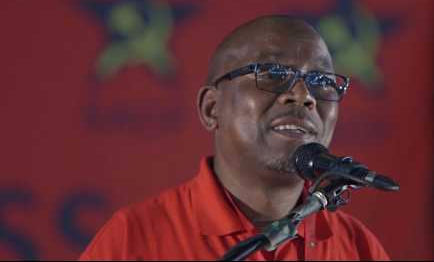 The Congress of South African Trade Unions has expressed concern about the level of political intolerance and incidents of intimidation in the country.

“This lack of political tolerance is deeply troubling and we call on all political leaders to speak out openly against it.

The federation is happy to hear that both the National Parliament and the SAPS have at long last acknowledged the threats directed at Comrade Makhosi Khoza and are committed to offering her the necessary protection‚” Cosatu said on Wednesday.

This week Parliament said that it would‚ together with police‚ provide protection to African National Congress MP Makhosi Khoza‚ after she had been receiving threats for some time. Last week‚ Khoza showed journalists messages that her daughter had also been received threatening her life.

Other prominent people who have been victims of intimidation include the SA Communist Party’s Solly Mapaila and former SA Social Security Agency CEO Thokozani Magwaza.

Cosatu said intimidation should not be tolerated by South Africans..

“These courageous leaders are speaking for all of us and we should encourage people to dissent against an indifferent government and fight against wasteful expenditure‚ looting and corruption…‚” Cosatu said.