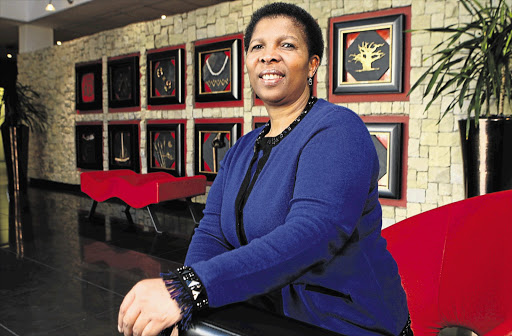 Winds of change are sweeping South Africa and the African National Congress ruled government will get left behind if it does not shape up‚ says business pioneer Nonkululeko Gobodo.

Gobodo is an award-winning business leader who became the first black woman in South Africa to qualify as a chartered accountant. She built her business on government contracts‚ eventually running one of the top black-owned auditing firms in the country as chairperson of the merged SizweNtsalubaGobodo.

She told TimesLIVE that recent allegations of state capture were shocking‚ even to those who were aware of mismanagement within government.

“We knew about what was going on with corruption‚ but I don’t think we understood the depth of it and how widespread it is and how it has infiltrated every fibre in the country‚” she said in an interview.

“What was also shocking for me was the mention of big‚ well-respected companies. We always focus on government corruption but we forget that there’s somebody else on the other side.”

She said doing business in the current environment was extremely difficult‚ but she was nevertheless optimistic that the country would emerge better off.

“Now that these things have been exposed‚ government has nowhere to hide in terms of dealing with state-owned companies‚” said Gobodo‚ who these days offers her expertise through her recently launched Nkululeko Leadership Consulting.

She said the ANC had to go beyond proposals and slogans like white monopoly capital and radical economic transformation.

“As citizens‚ we expect government to take action and put things right in these state-owned companies. Let’s put clean boards there.”

Corporate SA also has to step up.

“When exposes like this happen‚ they just remind us of our responsibilities as leaders … Maybe some CEO is wondering: are things happening within my own organisation that I don’t know about?” Gobodo said.

“Let’s be shocked about this and go back to our own organisations and challenge ourselves about our responsibility as good corporate citizens and not allow things like this to happen.

“The impact is beyond just your company. It’s about the country‚ it’s about the culture within the country and it’s about destruction of a nation at the end of the day‚ because we know what corruption has done to the rest of the continent and it’s sad that we are going down the same road‚ as government and as the private sector. Then there’s no hope for us.”

What‚ in your view‚ are the 3 key areas government needs to focus on to get the economy growing?

- Sort out the state-owned enterprises

“These will give business the confidence they need to start investing in the country‚” Gobodo said.