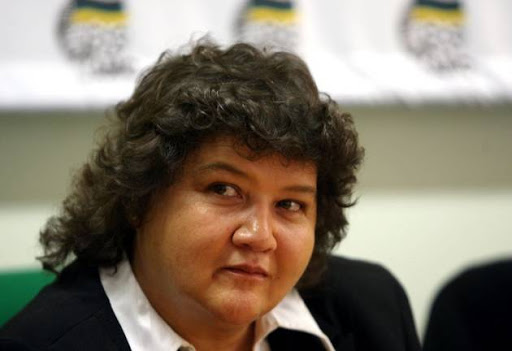 Minister of Public Enterprises Lynne Brown says she expects an explanation from Eskom in two days on the state of its relationship with Trillian Capital Holdings‚ but that she did not know that the power utility misled her on the matter.

She was speaking to reporters on the sidelines of a briefing to Parliament’s Standing Committee on Public Accounts on Wednesday before stepping out to a attend a cabinet meeting.

From the beginning of the week Eskom has flip-flopped on the true circumstances of payments of R1.5-billion made to the Gupta-linked company. The power utility will now have to set the record straight with the minister by Thursday afternoon.

When asked about the inconsistency in explanations by the utility she said she was not aware that Eskom misled the country on the matter when the parastatal said there was nothing untoward about the payment.

Trillian has reportedly cashed in on inside information for access to large procurement deals from the state-owned power utility. Eskom has reportedly paid hundreds of millions in other contracts to Trillian‚ either outside of procedure or without any concurrent paperwork.

Eskom pressing ahead with probes against executives

Eskom is pressing ahead with disciplinary proceedings against four executives‚ the power utility said.
News
4 years ago

Eskom board meets to discuss McKinsey and other ‘topical’ issues

Eskom’s board is meeting on Tuesday to address “all matters pertaining to McKinsey and other topical issues”‚ the utility said on Tuesday morning.
News
4 years ago