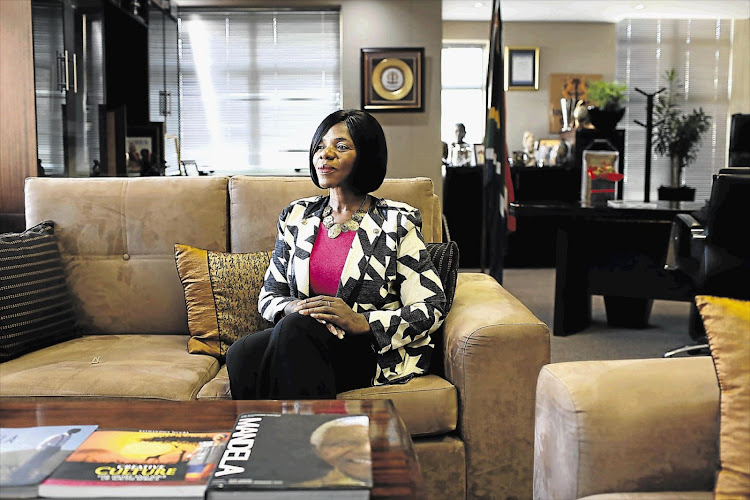 The report said Albatime had contributed R10-million towards the Guptas' purchase of Optimum Coal by their company, Tegeta. Moodley has vehemently denied this.

But an audit by Deloitte - parts of which have been seen by The Times - on the instruction of the SA Reserve Bank, has confirmed Albatime's payment, among others, to the Bank of Baroda to assist the Guptas' purchase of Optimum in early 2016.

The international business consultancy group McKinsey could be hauled before the US Justice Department on corruption and bribery charges.
Politics
4 years ago

Deloitte found that on April 14 2016, Albatime transferred R10-million to a Bank of Baroda account.

The transaction was among two other deposits by Centaur Mining and Trillian Management Consulting which the audit found "were utilised to secure three loans issued to Tegeta from Bank of Baroda".

I need to present
your ‘evidence’ to my accountants for verification

Deloitte confirmed the cession of these deposits through letters of "fixed deposit collateral undertaking" signed by the companies. Albatime, Deloitte said, had signed on April 14.

Moodley, however, said the Deloitte report did not "accurately reflect" the situation.

"Whilst I can confirm Albatime placed R10-million of its own funds in its own bank account with the Bank of Baroda on fixed deposit, I reiterate that this has nothing to do with Optimum Coal. The report does not accurately reflect the position," said Moodley.

Deputy president Cyril Ramaphosa came out guns blazing on Sunday against state capture at a cadres' assembly in the Northern Cape.
Politics
4 years ago

Now evidence in the leaked Gupta e-mails also indicates that Albatime did significant business with another Gupta flagship entity, Sahara Computers, with details of payments totalling at least R87-million.

Moodley maintains any deal between Albatime and Sahara would have been for "the procurement of IT equipment and services in the same fashion as numerous corporates, wholesalers, and resellers who acquired IT services from Sahara".

Reports in November 2016 quoted a former director of Albatime saying it was a shelf entity that had not traded.

The agreement sets out a two-year IT maintenance deal and contains a schedule for payments to be made - eight payments totalling R139-million between May 2015 and February 2017.

Jonas: SA in a crisis and all political parties have too much power

Former deputy finance minister Mcebisi Jonas says South Africa is a country in crisis and that party funding is at the core of corruption.
Politics
4 years ago

Bank records in the e-mails show the payments by Albatime rapidly moved from Sahara's account to others connected to the Guptas.

They show R22.7-million of the first and largest R52-million payment from Albatime was transferred on the same day to the State Bank of India. A further R29.5-million was paid to Gupta-owned Annex Distribution.

On July 30 2015 R16.3-million of a R20-million payment from Albatime was transferred to what appears to be the SA Revenue Service, while Annex was paid R1-million. Atul Gupta raked in R655,000 and R935,000 was paid to Gupta-owned Islandsite Investments two days after the deposit.

Moodley said: "As indicated to you, I would need to present your 'evidence' to my accountants for verification which I advised you I would be happy to do."