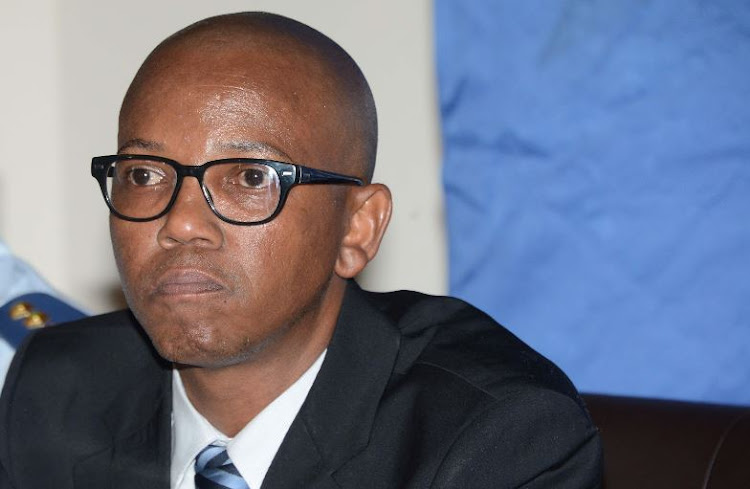 He was speaking at the Western Cape launch of the police's safer festive season campaign.

The event‚ held at the Velodrome Sports Complex in Bellville‚ was packed with SAPS members‚ metro police and traffic officers.

Mkongi highlighted that inmates received three meals per day in Pollsmoor prison while also enjoying sports and recreation facilities. "We don't have sport fields here‚ we can't support our young people to play sport because they say government doesn't have enough money - but we have money to fund and give to thugs in Pollsmoor‚" said Mkongi.

His comments come a few weeks after police minister Fikile Mbalula came under fire after he bragged on Twitter about the arrest of men whom he linked to shootings in Marikana informal settlement.

It later transpired that the men may have been wrongly arrested as they had been on their way to a funeral in Eastern Cape. They were released without being charged.

Mbalula has also been criticised for his language after he called on police to "squeeze the balls" of criminals and that criminals must drink their own urine.

"Crime in South Africa‚ I must tell you‚ is a political weapon. People use the [rate of crime] affecting our people for political reasons. Who funds these people to bring crime into South Africa?

"Who supplies these arms to criminals who go into our own police stations and steal our arms and give them to criminals? And for what good purpose?" said Mkongi.

He complained that when police were harsh on criminals‚ they were accused of violating their human rights.

He said this time of year crime escalates as criminals prepare for the December holidays when they are able exhibit their ill-gotten wealth.

Mkongi also warned police not to take bribes‚ especially not from spouses who abuse their partners.

President Jacob Zuma is responding to questions in Parliament.
Politics
4 years ago

The stomach-churning stench of human faeces‚ piles of rubbish‚ ripped curtains and a naked woman being dragged into a police van greeted students at ...
News
4 years ago