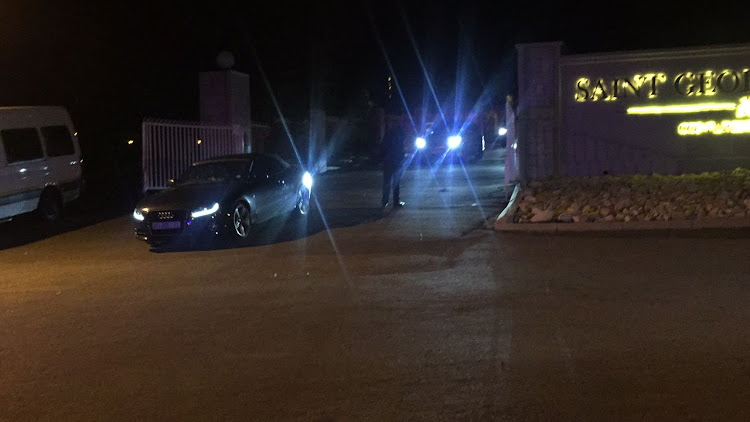 ANC NEC members leave the St Geroge's Hotel after a marathon meeting where, according to sources, the NEC decided to recall President Jacob Zuma after he refused to resign as head of state.
Image: Neo Goba.

It took a brutal 13 hours, but the ANC's national executive committee (NEC) has decided to recall President Jacob Zuma as head of state.

At about 3am on Tuesday, vehicles started leaving the St George's Hotel in Irene, Pretoria, where the NEC meeting had started at 2pm the day before. Tony Yengeni was the first to leave.

Two highly placed sources told TimesLIVE that the NEC had resolved to recall Zuma after he reportedly refused to resign.

The timeline of the recall, however, was not immediately known – but there was some media speculation that it could be as early as Tuesday morning.

At about 10.30pm, ANC president Cyril Ramaphosa left the St George's Hotel and drove to Zuma's official residence in Pretoria. This, sources said, was to inform him of the NEC's decision that he should leave office. About 90 minutes later, Ramaphosa's cavalcade returned to the hotel to report back to the NEC.

13 hours later and the #ANCNEC meeting is over. Here vehicles are seen leaving the St George’s Hotel. Tony Yengeni was the first man out, says reporter @Neo_Gee, who took this video. pic.twitter.com/lq4VW4H7CL

As they left the venue, the NEC members seemed unhappy, with no apparent consensus reached on Zuma's future. None were willing to speak to the media.

ANC Youth League secretary-general Njabulo Nzuza walked out of the venue, and when the media called out to him for details of the meeting, he replied: "Nilale kahle." Translated loosely from isiZulu, this means: "Goodnight."

Contacted via phone after he left, Nzuza would not comment – but did not deny the recall.

"Let's talk about the matter at a later stage," he said, before hanging up.

Attempts to get hold of the ANC's official communications team were unsuccessful.

Zuma’s tenure as president officially runs until mid-2019 and he has not said in public whether he will step down voluntarily. The rand, which has tended to strengthen on signs that Zuma could step down early, was volatile on Monday as the political drama unfolded.

This isn't the first time a president has been ousted before his term is up. Zuma himself engineered the ouster of former President Thabo Mbeki in 2008 shortly after taking the helm of the ANC.

Jacob Zuma’s change in fortune, from a rape trial to election as ANC leader, was the beginning of a struggle in which he usurped the machinery of ...
Opinion & Analysis
4 years ago

Mbeki was also “recalled” by the ANC, ending a nine-year rule marked by economic prosperity but marred by allegations of abuse of power.

Since becoming president in 2009, Zuma has been dogged by scandal. Some within the ANC and the opposition say the Gupta family have used their links with the president to win state contracts and influence Cabinet appointments. The Guptas and Zuma have denied any wrongdoing.

India’s Bank of Baroda, which counts the Guptas as clients, has announced plans to exit South Africa, the Reserve Bank said on Monday.

The former union leader has said he does not want to humiliate Zuma, but has been lobbying behind the scenes for him to step down early.

Talk about smooth transition for Zuma not about SA but ANC: Maimane

Democratic Alliance leader Mmusi Maimane says the smooth transition that the ANC is trying to negotiate for President Jacob Zuma is just to ensure ...
Politics
4 years ago

'A good leader leaves when his time is up': A nation tweets for #Zexit

While the nation holds its breath as the ANC's national executive committee meets in Irene‚ Pretoria‚ to possibly decide the fate of President Jacob ...
Politics
4 years ago