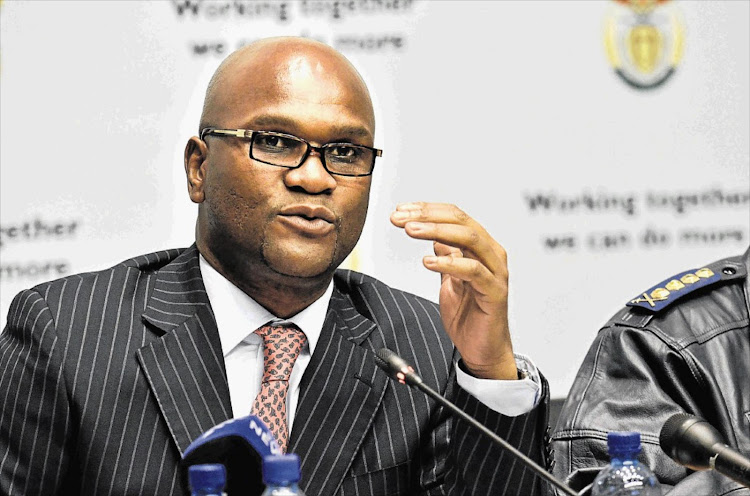 Minister of Arts and Culture‚ Nathi Mthethwa‚ on Friday addressed a meeting at Freedom Park‚ Pretoria‚ on the transformation of the country's heritage landscape.

The report-back is a result of a national consultative meeting that was convened by the Minister in 2015‚ following attacks on statues that were sparked by “Rhodes Must Fall” protests ignited by University of Cape Town students.

The meeting resulted in 21 resolutions‚ which were studied by a task team and then discussed with targeted stakeholders. Next‚ the Minister intends to discuss the report at Cabinet.

Here is his speech‚ prepared for delivery at Friday's event:

We have gathered here this morning to deal with a matter of national significance‚ that is a memory of a nation. A nation‚ which does not know and honour its past‚ is like a tree without roots.

This gathering is also significant in the context of the celebrations that our people and their government will do in honour of two significant figures in our historiography‚ that is President Nelson Mandela and Ma Nontsikelelo Albertina Sisulu‚ who had they lived‚ they would have turned 100 years old this year.

Last year we celebrated the centenary birth of that African son who strode the globe like a true African colossus‚ Oliver Reginald Tambo.

All of these were done not merely to tick the right boxes but to reclaim our past and honour the contributions that they made in service of humanity.

Slave set to replace colonial warrior at the heart of UCT

After humiliation that lasted for almost two centuries‚ Sarah Bartmann could soon be honoured by the University of Cape Town.
News
4 years ago

For the majority of the people of this country‚ the continued public presence of apartheid monuments and places with offensive names is like putting salt in a fresh wounds.

The building of a non-racial‚ non-sexist‚ democratic and prosperous society amongst others hinges on our ability of eradicating all vestiges of colonialism and apartheid racism.

The Rhodes must fall movement should be commended for initiating an important conversation of the identity of a nation under the new dispensation. It made us to think and rethink on what should and should not occupy our public spaces.

In a paper that I will be taking to Cabinet in the near future on the issue of Nation building and Social cohesion‚ I make the following observation:

The debates around public statues and activities that involved defacing it‚ have also elevated another dimension of nation building. This has all the hallmarks of frustration but it has brought to the fore the need to find common ground on how the transformation of the heritage landscape should be treated. However‚ we need to undermine the activities that limit possibilities of learning from our history. The advocacy for not repeating the past is in no way an advocacy for celebrating a past riddled and mired in injustices. Superficial debates and activities should be quarantined by mobilising and engaging communities.

“The challenge for nation building and social cohesion currently is thus to deconstruct this apartheid social structure‚ not just only in terms of new laws‚ since this has happened already through successive progressive policy positions. Rather‚ the task‚ which admittedly seems somewhat onerous‚ is to deconstruct this apartheid social structure in the psyche of many South Africans and harmonise it with the ideals and aspirations of the new dispensation‚ as envisioned in the Freedom Charter‚ Reconstruction and Development Programme (RDP)‚ Constitution of the Republic and later the National Development Plan”.

Monuments are not innocent pieces of architectural work. They embody a strong symbolical power.

The President Jacob Zuma Site of Arrest statue is a waste of money.
News
4 years ago

Monuments are therefore a constant‚ public reminder of the foundational values of the state and those in power. Their role is to conscientise the public.

It also clearly shows to ordinary citizen the linkage between memorialisation and political order.

Monuments like place names are a repository of the past‚ which satisfy two needs – one existential and the other political.

Existentially‚ place names speak to the irrepressible urge within mankind to assert identity. Place names thus become an outward manifestation of how people perceive themselves‚ both their history and value system.

Colonial monuments are indicative of cultural prejudice and political expediency. Settlers regarded themselves as standard bearers to be emulated by the conquered natives. The natives were assumed to lack a history worth celebrating or preserving. Colonialism was touted as a civilising mission‚ converting the natives into the image of the settlers. Linked to this was a political strategy‚ designed to shore up colonial oppression.

Construction of monuments and Naming of places‚ is not a neutral exercise. It is mediated by power relations‚ depending on the political order. Monuments in colonies reflected the cultural assumptions of the ruling settlers.

They are employed in service of ideological re-enforcement.

Place names serve as a public text that both communicate and affirm public identity.

The foregoing suggests that colonial history unfolded in the absence of Africans. Africans may have been physically present‚ but were invisible. They did not make history‚ but were subjects of history. History was made by the white community and their historical figures‚ hence they deserved the honour of being included in monuments.

Of course‚ removal of statues is not the end-goal. It is part of an on-going project towards transforming our society‚ to make it humane for black people. Relocating statues of the old-order simply adds impetus to our collective endeavour to realise the dream of a just and non-racial society.

On the shoulders of history: Why the statues should not be pulled down

Does Winston Churchill deserve a statue? He wrote some nasty things about Muslims. What about Wellington, a snob who opposed extending the franchise?
Ideas
4 years ago

Our struggle for national liberation draws from African identity and history.

The contention was meant to refute colonial claims that the indigenous people are unfamiliar with democratic practice and would have remained undeveloped without a colonial agency.

The past‚ especially anti-colonial heroes and victorious battles‚ was also used as inspiration to anti-colonial resistance. A strong part of the legitimacy of the nationalist movement‚ therefore‚ was its promise to affirm and validate African identity and history.

Considering the work before us the American slave by the name of Frederick Douglas uttered the following words:

“if there is no struggle there is no progress. Those who profess to favour freedom and yet deprecate agitation are men who want crops without ploughing up the ground‚ they want rain without thunder and lightning. They want the ocean without the awful roar of its many waters”