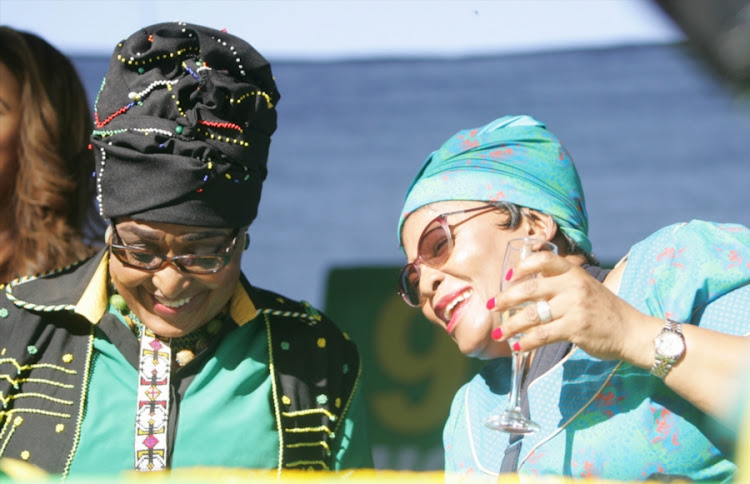 Communications Minister Nomvula Mokonyane on Tuesday painted a picture of Winnie Madikizela-Mandela as a woman of strength who persevered even through the deep oppression she suffered under the apartheid government.

“When you were in pain‚ Mama would say this is the time when you never show your enemies you are hurting. In fact it is time when you must give hope to the others because [your pain] will make others to be much more reluctant‚” Mokonyane said in an interview on SABC show Morning Live.

The SA Human Rights Commission has paid tribute to struggle icon Winnie Madikizela-Mandela‚ who died on Monday.
Politics
3 years ago

“When I lost my son‚ Mama lifted me from the mourning bed where she actually said you have to rise and give your son the best send-off. She stayed with us and wanted to take over the running around with me‚” Mokonyane said.

She praised Madikizela-Mandela’s character‚ saying she had stood firm in her beliefs‚ despite adversity.

“Even at a time when the ANC had to take action against her‚ she never thought of leaving the ANC‚” Mokonyane said.

Among the fond memories she shared was being at her house along with other women when Madikizela-Mandela informed them that her husband‚ Nelson Mandela‚ was coming home after being imprisoned for more than two decades.

“She went to go and check on the pot and was stirring it with a big wooden spoon. She then stopped stirring and started singing [a struggle song] and all of us went to the kitchen. The pot was burning and we said‚ ‘The pot is burning‚ Mama.’ She said‚ ‘The pots should rather burn and women go out and free this country.’ I think it was an interesting moment when you reflect on it‚” Mokonyane said.

She described Madikizela-Mandela’s passing as a shock because they had spoken on Good Friday.

Madikizela-Mandela passed away on Monday following a long illness. She had been in and out of hospital since the start of the year. She was 81.

The Economic Freedom Fighters praised the late Winnie Madikizela-Mandela on Tuesday, saying that in their eyes she was the 'perfect image of the ...
Politics
3 years ago

Tributes continue to pour in for Winnie Madikizela-Mandela‚ as church leaders and politicians recall how she was unafraid of controversy - taking on ...
News
3 years ago

British actor Idris Elba has joined millions of people across the world in paying tribute to struggle stalwart Winnie ...
TshisaLIVE
3 years ago

Winnie Madikizela-Mandela, a stalwart in the fight against apartheid, died on Monday at the age of 81, triggering an outpouring of tributes to one of ...
News
3 years ago

Winnie on Nelson Mandela: Look at your grandfather, that's my type

A week before Winnie Madikizela-Mandela's death, her granddaughter jokingly spoke about a conversation she had with Ma Winnie about finding her a ...
TshisaLIVE
3 years ago