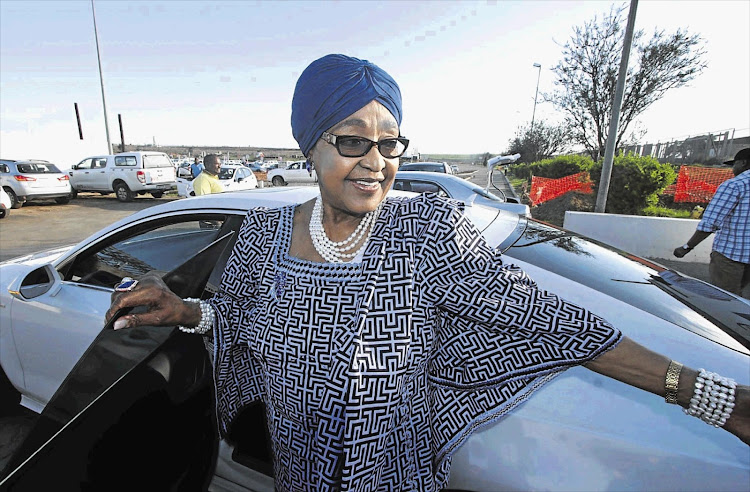 Below is the full statement:

The South African Human Rights Commission is shocked and saddened by the passing of Mrs Winnie Madikizela-Mandela.

“Mrs Madikizela-Mandela’s contribution to the struggle for liberation‚ human rights and democracy in South Africa is unparalleled by many others in the world. Her commitment to the cause of justice and freedom never wavered‚ even in the face of unimaginable personal persecution and banishment by apartheid and in spite of the pain‚ loss and trauma that she was made to endure under white racist rule. Her defiance was matched only by the love of her people and her determination to see them freed from the shackles of oppression‚” said the Chairperson of the South African Human Rights Commission‚ Advocate Bongani Majola.

The Economic Freedom Fighters praised the late Winnie Madikizela-Mandela on Tuesday, saying that in their eyes she was the 'perfect image of the ...
Politics
4 years ago

Mrs Winnie Madikizela-Mandela was undaunted by might of the apartheid state‚ and her steely resolve gave courage and hope to millions. Her refusal to lose hope inspired millions to fight on and hope for a free and democratic South Africa.

The Argentinian Marxist revolutionary and physician‚ Ernesto Che Guevara‚ said: “At the risk of seeming ridiculous‚ let me say that the true revolutionary is guided by a great feeling of love. It is impossible to think of a genuine revolutionary lacking this quality.”

Winnie Madikizela-Mandela epitomised this dictum. The struggle was her life; freedom‚ justice‚ and the liberation of her people were her purpose. She embodied the vanguard revolutionary of Guevara’s imagination‚ who “idealized this love of the people‚ of the most sacred causes‚ and made it one and indivisible.”

Tributes continue to pour in for Winnie Madikizela-Mandela‚ as church leaders and politicians recall how she was unafraid of controversy - taking on ...
News
4 years ago

Winnie Madikizela-Mandela was an ambassador and fierce defender of human rights. Winnie did not tolerate gender based violence and spoke strongly against it. She was the first leader to show up wherever there was any tragedy in any community around her. All this‚ from the abiding love she had for the people of this country.

The freedoms we enjoy today could not have been possible without Mrs Madikizela-Mandela’s courage and commitment. She dedicated her life to fighting for the recognition of equality and the fundamental human dignity denied to millions for decades‚ both being fundamental human rights which are now enshrined in our Constitution and enjoyed by all in this country.

On behalf of the South African Human Rights Commission I wish to extend our condolences to the Mandela and Madikizela families‚ and to all South Africans mourning her passing.

British actor Idris Elba has joined millions of people across the world in paying tribute to struggle stalwart Winnie ...
TshisaLIVE
4 years ago

Winnie Madikizela-Mandela, a stalwart in the fight against apartheid, died on Monday at the age of 81, triggering an outpouring of tributes to one of ...
News
4 years ago

As supporters sang and danced outside the Soweto home of Winnie Madikizela-Mandela on Monday night‚ President Cyril Ramaphosa told the those gathered ...
Politics
4 years ago