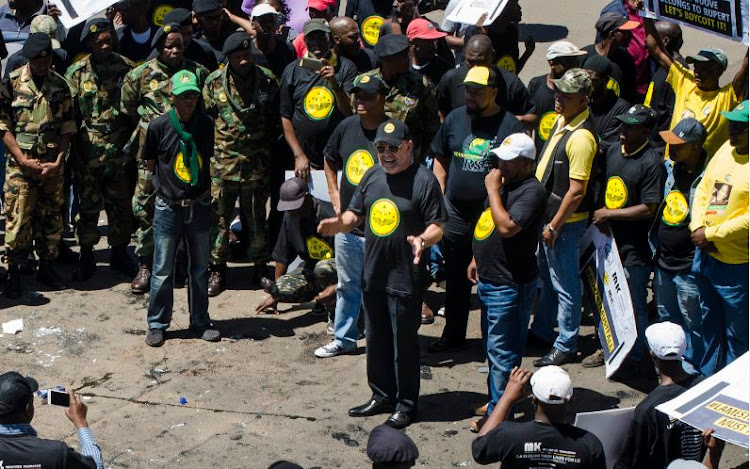 The Umkhonto we Sizwe Military Veterans’ Association (MKMVA) has condemned incidents allegedly involving some of its members firing guns into the air outside the home of the late struggle stalwart Winnie Madikizela-Mandela.

MKMVA spokesman Carl Niehaus said on Sunday that MKMVA embraced “uMama Winnie as one of our very own commanders and cadres”.

“The military component of our liberation struggle and the important role that uMama played as a liberation soldier of Umkhonto we Sizwe (MK) we are very proud of. We will never forsake that proud heritage‚ and we appreciate and understand when our comrades give expression to the deeply felt emotions associated with it.

“However‚ a critical part of the training and life of any liberation soldier is discipline and respect for life -especially the lives of our people on whose behalf we joined Umkhonto weSizwe (MK) and fought the liberation struggle. That discipline can never condone the reckless shooting of arms into the air – especially not in civilian and populated areas where lives can be endangered and injuries can be sustained‚” Niehaus said.

EFF holds its own memorial service for Mam’ Winnie

The Economic Freedom Fighters will hold a separate memorial service for Winnie Madizikela-Mandela in Brandfort‚ on the same day the official memorial ...
Politics
4 years ago

“Such behaviour is not revolutionary‚ and MKMVA distances ourselves and all our members from it. We call on all our members to refrain from any such actions‚ and to report any person whom they are aware of who behave in this ill disciplined manner to the relevant authorities‚” he said.

He added that MKMVA was concerned that criminal elements might be taking advantage of “our deeply felt emotions - and the expression thereof - with the passing on of uMama Winnie Madikezela Mandela”.

“We support the police investigations that have been launched into the apparent reckless incidences of shooting into the air‚ and those who have been responsible should be apprehended and the law should take its course‚” Niehaus said.

'It's a lie that Winnie killed Stompie,' says Vytjie Mentor

Former ANC MP Vytjie Mentor says it's a fallacy that Madikizela-Mandela had a role in Stompie Seipei's murder.
Politics
4 years ago

Manuel rips into Magashule about restoration of Winnie’s Brandfort home

Winnie Madikizela-Mandela’s special official funeral is at the highest level the government could give a civilian in honouring her‚ Minister in the ...
News
4 years ago