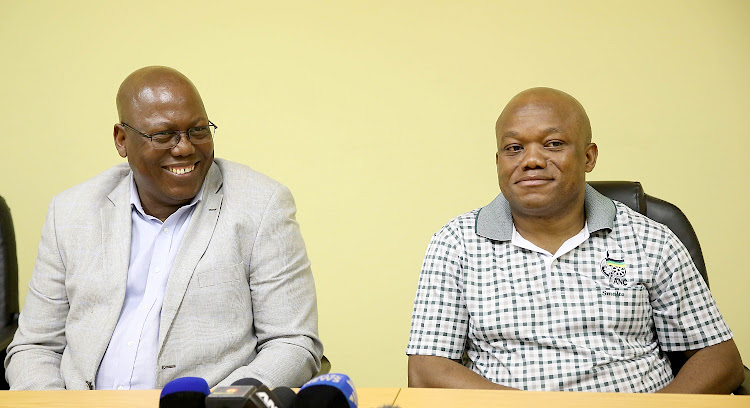 The ANC in KwaZulu-Natal is hoping to emerge from its eighth provincial elective conference with an inclusive leadership that will forge unity in the organisation‚ which has been plagued by deep divisions among its branches.

At a media briefing held at the party’s provincial office in Durban on Tuesday‚ the ANC said it was all systems go for its provincial conference‚ which will take place at the Durban University of Technology (DUT) from Thursday to Saturday.

ANC provincial task team coordinator Sihle Zikalala said the provincial conference was initially scheduled to take place last weekend but had to be rescheduled to this week to ensure “high-level and beyond reproach” logistical arrangements and to build more consensus.

“We are very excited that ANC members have found common ground‚ hence the reconvening of the conference‚” he said. “The provincial task team is equally positive that no issues are left unattended.”

Zikalala said they viewed the upcoming conference as a “critical platform in building a united ANC in KwaZulu-Natal”. He said they will use it to “examine areas of challenges that have plunged us into some hole in the recent past and emerge stronger and more united to confront all the ills that afflict and attempt to weaken our movement.”

ANC provincial task team convenor Mike Mabuyakhulu said they were “encouraging a scenario where we could have an inclusive leadership as part of us forging the unity of the organisation.”

The long-awaited ANC KwaZulu-Natal provincial conference is finally set to go ahead.
Politics
3 years ago

Leadership of the ANC in KwaZulu-Natal remains in flux as a court challenge mounted earlier this month - which halted the rerun of the party’s ...
Politics
3 years ago

“But that issue in the final analysis will be determined by the delegates of the ANC‚” said Mabuyakhulu. “There were issues which had been raised. We have agreed in addressing those issues within the processes of the ANC. Having discussed and addressed those issues‚ it has now paved the way to go forward [with the provincial conference].”

In June the provincial conference was aborted at the eleventh hour after aggrieved members from Moses Mabhida‚ Lower South Coast and Harry Gwala regions successfully interdicted the conference in the Pietermaritzburg High Court.

ANC deputy secretary-general Jessie Duarte recently visited the province to deal with grievances from the three regions‚ which had complained about gatekeeping during branch general meetings.

Zikalala said the provincial task team had implemented a decision by the party's national dispute resolution committee related to the complaints and disputes raised concerning preparations for the provincial conference.

Zikalala said he and Mabuyakhulu had met regularly with the ANC members who took the party to court and finally agreed on an out-of-court settlement.

“The issues were resolved to pave the way for the conference‚” said Zikalala‚ who is tipped to be re-elected unopposed to the powerful position of provincial chairman.

Two years after it was voted out of power‚ the ANC in Nelson Mandela Bay is so broke it can barely cater for its members – let alone pay its R200‚000 ...
Politics
3 years ago

As the ANC in KwaZulu-Natal moves to hold a rerun of their provincial elective conference‚ a group of recalcitrant members continues to call for the ...
Politics
3 years ago