84 new political parties hoping for your vote in May elections 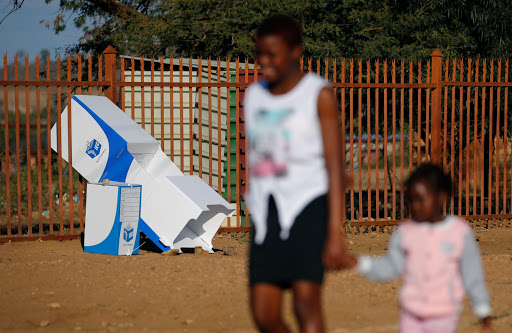 None A mother and a child walk past a discarded ballot box at a polling booth in Vuwani, Limpopo. The IEC says 285 parties are expected to contest the national poll. File image
Image: REUTERS

South Africans will be spoilt for choice, with no fewer than 285 parties on the ballot paper when they take to the polls in May.

The Electoral Commission of South Africa (IEC) announced on Thursday that it had received 47 political party applications, bringing the total of registered national political parties ahead of the elections to 285.

Speaking at the launch of the IEC’s election campaign in Midrand on Thursday, chief electoral officer Sy Mamabolo said the commission was processing a further 37 new applications - putting the number of new parties at 84.

The elections, Eskom and the weather will affect the economy
Business Times
3 years ago

"Over the past 18 months, the IEC has been hard at work laying the groundwork for this year’s elections. The first major task has been to update the voters’ roll in line with a ruling by the Constitutional Court," he said.

"We are also providing for a structured process for anyone, including political parties, to raise objections to people on the roll.

"There are also amendments that allow for the further use of technology to facilitate access to and interaction with the IEC."

Mamabolo said there has been a significant improvement in collecting the data of voters on the roll. In March 2016, the IEC had the addresses for only 8.4-million of the 26-million voters on the roll. He said that figure now stands at 21.5-million, which represents 83% of the total number of voters.

The final voter registration weekend is on January 26-27. South Africans are expected to go to the polls in May.

These are the important dates to mark on the calendar ahead of the 2019 elections.
Politics
3 years ago

Durban, KZN to hit the jackpot as ANC descends for 'mother of all rallies'

The ANC’s 107th birthday bash and the party’s election manifesto launch will add to KZN's coffers.
Politics
3 years ago

Former SABC executive Hlaudi Motsoeneng has repeated his desire to occupy office in the Union Buildings. He is planning to launch his own political ...
Politics
3 years ago