Unreserved apology from Solly Mapaila to the PAC, Sobukwe family 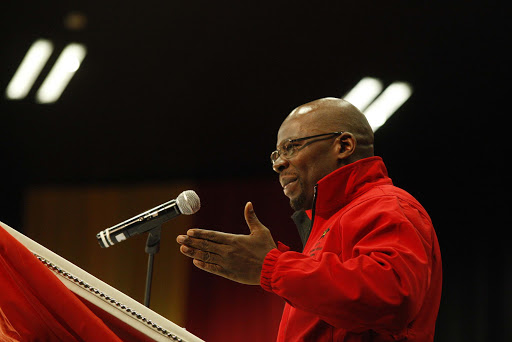 The South African Communist Party’s Solly Mapaila will visit the Sobukwe family in person, after a backlash to his reported assertion that Pan Africanist Congress founder Robert Sobukwe had received preferential treatment from the apartheid government.

"I hereby furnish an unreserved apology to the Pan Africanist Congress of Azania (PAC), the Sobukwe family and to his legacy. I fully respect the Prof’s contribution to the liberation struggle," Mapaila said in a statement on Thursday.

He said he had met with PAC president Narius Moloto on Thursday morning to express his apology in person.

"I have also spoken with the Sobukwe family, through Dini Sobukwe, to express my profound apology and will create time to visit the family in person. I will also engage other leaders of the PAC on the matter."

On Tuesday, at an event at Liliesleaf Farm in Johannesburg, Mapaila used Sobukwe's name in commenting on "the unforgivable segregatory approach that was followed by the apartheid regime with regard to the treatment of prisoners, specifically Robben Island prisoners".

In an interview with eNCA on Wednesday, Mapaila said: "I was not blaming Robert Sobukwe, I was blaming the apartheid government and his collusion and his participation in that regard. For instance, they put him in a house on Robben Island, they treated him as the main political prisoner when others were treated as terrorists and slaves."

Mapaila said other political prisoners on Robben Island were forced to do hard labour, while Sobukwe had "privileges", like receiving clothing and books.

On Thursday, Mapaila said his message had been distorted.

"In my address, I never said, and never did I infer, that Sobukwe colluded with the apartheid regime or betrayed the struggle. Of course I must concede that this distortion followed the posture I adopted on the presentation of this matter. I could have been more restrained."

He said his late younger brother, Jomo Walter, had belonged to the Pan Africanist Students Organisation (Paso), to the PAC and its military wing, the Azanian People's Liberation Army (Apla). "We never denied his affiliation and activism in the PAC."

The Sobukwe family says it will remember Zondeni‚ the wife of Pan Africanist Congress founder Robert Mangaliso Sobukwe‚ for her “humility and ...
News
3 years ago