Straight after contradicting his president, the ANC national chairperson slammed those in the party who publicly contradict each other 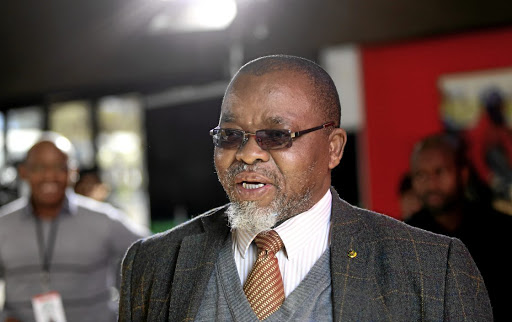 Ramaphosa spoke of "nine lost years" on the campaign trail and at the 2019 World Economic Forum in Davos, Switzerland, in January. The sentiment was later shared by finance minister Tito Mboweni who said the Zuma years were "wasted".

Zuma hit back at the claims shortly after they were made and Ramaphosa later said the ANC had "moved SA forward in a meaningful way" over the past few years.

Speaking at a rally in the Northern Cape at the weekend Gwede once again addressed the issue and called the nine wasted years idea "a myth".

"The nine wasted years are a myth. Over the past nine years, it was under the leadership of president Jacob Zuma that there was a stronger focus on education. We split education into basic education and higher education, and that focus improved our performance.

"We must tick that as not wasted. Access to ARVs, a war against HIV/Aids was intensified under this leadership. We can list them: health, education, agriculture. You can say the past four years were difficult. That problem is what we call a desert in the journey and we'll never destroy ourselves because of what we call a patch of a desert."

In the past 9 years, there was a stronger focus on Education, war against HIV/AIDS, Agriculture & Rural Development. The last 4 years, were difficult. We must be honest in our analyses.

We must put all our energy in improving our society. #VoteANC pic.twitter.com/BxB8VzV182

Mantashe then slammed those in the ANC for doing what he had just done - contradicting each other in public.

"It cannot be healthy for leaders of the ANC in different platforms to make different announcements on the same issues. We must address that issue at all levels. We must put our shoulders to the wheel to solve problems facing our country," he said.

It cannot be healthy for leaders of the ANC in different platforms to make different announcements on same issues. We must address that issue at all levels. We must put our shoulders on the wheel to solve problems facing our country. #VoteANC #GrowSouthAfrica pic.twitter.com/RY4oUk0CRR

Social media users were quick to point out the "irony" of the statement.

But you're guilty of the very same this uncle @GwedeMantashe1 you're no different to the rest of them.

Mara you were also Mantashing 🤣😂😂

Ramaphosa and Mboweni should take blame for 'wasted' years: Holomisa

UDM leader Bantu Holomisa has lashed out at President Cyril Ramaphosa and finance minister Tito Mboweni for blaming Jacob Zuma for the government's ...
Politics
3 years ago

You were part of those 'nine wasted years', IFP tells Ramaphosa

The IFP has slammed President Cyril Ramaphosa in an open letter for his role in the "nine wasted years" under Jacob Zuma.
Politics
3 years ago

Former president Jacob Zuma on Tuesday hit back at his successor President Cyril Ramaphosa, saying suggestions that his term in office was "nine ...
Politics
3 years ago

Former president Jacob Zuma has taken a swipe at his successor Cyril Ramaphosa, saying the latter's reference to his time in government as "nine lost ...
Politics
3 years ago