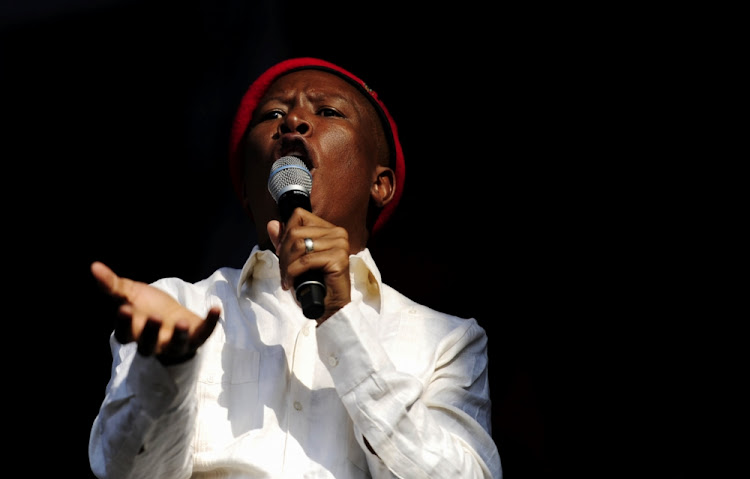 EFF leader Julius Malema has been given two days to withdraw "defamatory" statements against ANC activist Mike Maile that the firebrand made during a May Day rally in Alexandra on Wednesday.

In his address, Malema said Maile, the brother of Gauteng economic development MEC Lebogang, together with ANC treasurer Paul Mashatile and Gauteng premier David Makhura, should explain what happened to the R1.6bn allocated to the Alexandra Renewal Project.

The project has been a source of controversy after residents of Alexandra embarked on a "shutdown" protest against poor service delivery and illegal structures in the township.

Maile, in a letter from his lawyer, demanded that Malema withdraw his statements as there was "no truth or basis, either in fact and/or in law, entitling you to attribute the aspersions relating to the alleged 'stolen' money (if any) to him".

Maile's lawyer said although Maile was employed and occupied various capacities in government, during the period 2001- 2004, he vehemently denied the allegations.

"Our client further denies having 'stolen' any money intended for or earmarked for the said project," reads the letter.

Maile further said Malema’s statements were not only damaging to his integrity but also, exposed him and his family to hatred and ridicule.

"The allegations made against [Maile] are false and unfounded, defamatory in nature and injures his reputation.

"Given our client's standing within the community, which standing has been built over several years, we reiterate the fact that your reported virulent statements are slanderous and constitute actionable libel," reads the letter from Pandelani Incorporated.

Maile said Malema had known when he made the statements that they were false, and  he "must withdraw them within two days".

The letter was addressed to Malema and his party.

EFF spokesperson Mbuyiseni Ndlozi could not be reached for comment.

EFF leader Julius Malema has cautioned the "black elite" and white people in Sandton that the day that they will face the revolt of people of ...
Politics
3 years ago

'Land must be given to Alexandra's people': Five quotes from Julius Malema's rally

If the EFF was government, ministers would be carrying lunchboxes to work, even if it contains mopane worms.
Politics
3 years ago