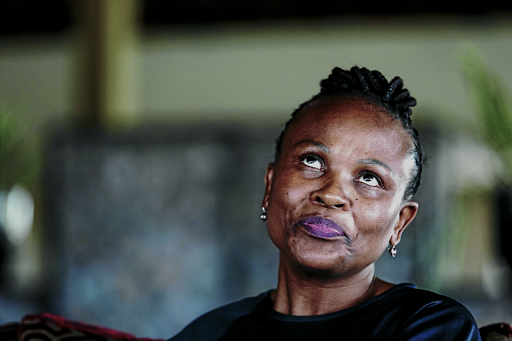 Public protector Busisiwe Mkhwebane was wrong and the EFF was unreasonable said the judge in ordering the two parties to pay costs in the Ramaphosa/Gordhan matter. File picture.
Image: SUPPLIED

The North Gauteng High Court on Thursday ruled that the president complied with the remedial action prescribed in her report on minister Pravin Gordhan.

Judge Lettie Molopa-Sethosa, in delivering her judgment, said it was “mind-boggling” that Mkhwebane opposed Ramaphosa’s further application that there be a stay in the implementation of the remedial action against Gordhan pending the outcome of finance minister’s review application of the report.

“It is declared that the President of the Republic of South Africa has complied with the remedial action of the public protector,” she ruled.

Ramaphosa wrote to Mkhwebane saying he noted her report and wanted to wait for Gordhan’s judicial review before he took action.

Mkhwebane argued that Ramaphosa did not comply with the remedial action and was trying to protect "his friend", Gordhan.

Molopa-Sethosa said she was satisfied with Ramaphosa’s argument that he had implemented the remedial action because Mkhwebane did not state a time frame in her report.

The judge added that the president was not challenging Mkhwebane's factual findings in her report on Gordhan.

“All he is saying is, 'let me wait for the review'. To me it is rational and reasonable,” Molopa-Sethosa said.

She further squashed Mkhwebane’s argument that Ramaphosa was protecting his friend.

“As president of all in the country, not a friend … he is obliged by the constitution to act rationally and reasonably,” the judge said.

Molopa-Sethosa further said it was “not understandable” why Mkhwebane was opposing a stay in the remedial action pending a finalisation of Gordhan’s review application.

The judge said there was no consistency in how Mkhwebane opposed similar applications.

In her judgment, Molopa-Sethosa took it further, adding that: "The EFF was being unreasonable in demanding that the president must take disciplinary action immediately without taking regard of the pending review application."

The court has found Mkhwebane and the EFF liable for costs in the matter.

The ANC has come out in support of its president Cyril Ramaphosa, dismissing leaked emails as “nothing but a calculated manoeuvre to defocus and ...
Politics
2 years ago

Public protector is offered prayers against 'networks formed to destroy her'

Under fire public protector Busisiwe Mkhwebane was prayed over and offered counselling during a church visit on Sunday.
Politics
2 years ago

'I shouldn't have to pay for mere legal errors': Busisiwe Mkhwebane

Public protector Busisiwe Mkhwebane has scoffed at a personal costs order issued against her by the Constitutional Court, insisting she should have ...
News
2 years ago