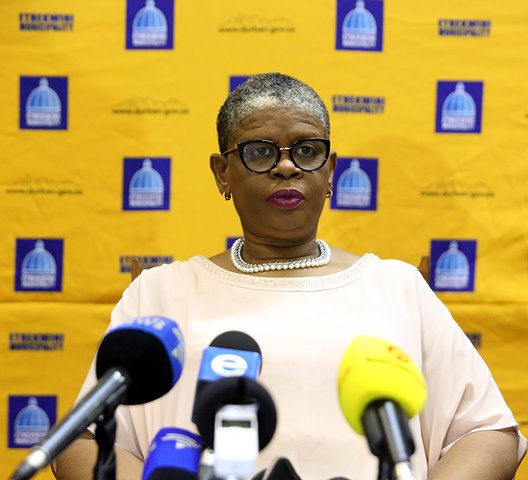 Zandile Gumede announced on Wednesday evening that she will be issuing a statement soon regarding her recent dismissal as eThekwini mayor.
Image: Thuli Dlamini

Former Durban mayor Zandile Gumede has vowed to "set the record straight" after being removed from the powerful post this week.

Gumede, who learned of her fate a day earlier following a decision by the ANC KZN provincial executive committee, said on Wednesday evening that she would be making a statement on the matter soon.

"I ... reserve my right to remain silent while taking personal advice, including political and legal counsel, regarding this decision. I will be making a public statement and announcing my next course of action," she said.

eThekweni mayor Zandile Gumede fired: everything you need to know

Zandile Gumede has officially been fired as eThekwini mayor. Here is what you need to know.
Politics
2 years ago

"In the main, I want to clear my name - particularly on how I have been characterised and vilified, directly or indirectly.

"I believe it is important that I set the record straight as [the] first woman mayor of this beautiful city and [the] first woman chairperson of the biggest region of [the] ANC in South Africa," said Gumede, who held the position of ANC eThekwini chair.

"I won’t be silenced and I will not allow the truth to be made a first casualty of this matter," she added.

She is currently facing charges of fraud, including over a R208m Durban Solid Waste tender. However, it was not this criminal case that saw her being removed from her post, but rather the poor running of city services - particularly refuse removal.

Protests, arrests and questions about her return to work. These are the headlines surrounding embattled eThekwini mayor Zandile Gumede
Politics
3 years ago