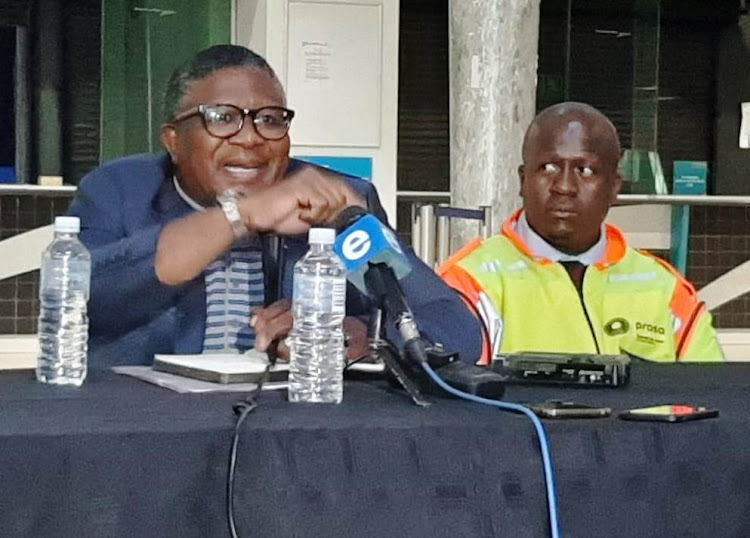 Transport minister Fikile Mbalula cut a frustrated figure at Cape Town station on Thursday evening as he attempted to explain why all trains in the Western Cape had been  halted for the afternoon peak period, stranding almost 300,000 commuters.

The stoppage ended when the Passenger Rail Agency of SA paid Eskom R6.5m and the utility switched back on the electricity it had withdrawn from four substations that power Metrorail trains.

Addressing a hastily called media conference, Mbalula insisted he wasn’t pointing fingers — but he repeatedly criticised the National Treasury for what he called delays in authorising a transfer of funds from Prasa’s unspent capital budget to its threadbare operational account.

Prasa on Thursday paid R6.5m to Eskom, apparently putting to an end a "devastating" power cut that left commuters stranded.
News
1 year ago

He also expressed frustration with finance minister Tito Mboweni’s announcement in his budget on Wednesday that funding for public transport, including Prasa, was being cut.

“I can’t be diplomatic when R13bn is being taken from public transport, when you take money from me while I’m bringing a semblance of stability to Prasa,” he said.

“I’m not the person who’s going to keep quiet. When there is a drought you need rain. The rain we need here is the rain of money.” 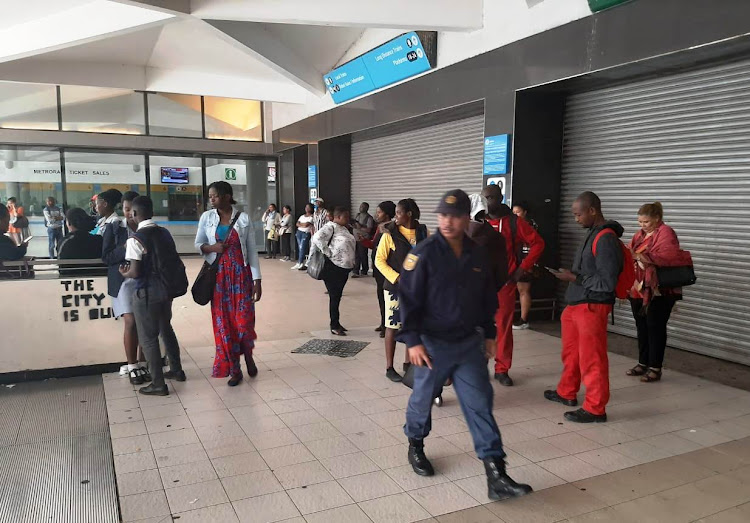 All the entrances to Cape Town station were closed on February 27 2020 after Eskom cut traction power to the Western Cape's rail network over an unpaid bill.
Image: Dave Chambers

Mbalula pleaded for Prasa to be “treated with kid gloves” by the Treasury as the administrator he appointed in December to run the service, Bongisizwe Mpondo, implements a recovery plan.

The minister also aimed barbs at Eskom for its “unprecedented” decision to cut traction power to an entire province’s railway network.

“Other regions have not been subjected to a similar treatment,” he said. “Of equal concern is the fact that Eskom had declared Metrorail a priority user at the start of load-shedding.”

But he said Prasa’s recovery was “intrinsically linked to the National Treasury’s responsiveness to our representations”.

He added: “We remain hopeful that the detailed work we have done and the restructuring of the Prasa funding model we have presented to National Treasury will yield the desired results to turn Prasa around.

Crowds of commuters head to the Cape Town station deck to catch a taxi home on Thursday afternoon after all trains were stopped. @TimesLIVE pic.twitter.com/AgrtDnJLUb

“The role of commuter rail as a mode of choice for the poorest of the poor remains at the centre of our transport policy. The trade-offs that we make as a country in the light of the dire economic climate must be responsible and not adversely affect the livelihoods of the poor who rely on public transport.”

Mbalula said he wanted to apologise to the commuters whose homeward journeys on Thursday were disrupted and delayed by the absence of trains for several hours.

The media conference was held in the deserted Shosholoza Meyl long-distance terminal at Cape Town station.

On February 18, the Railway Safety Regulator halted Shosholoza Meyl services countrywide, saying the Prasa subsidiary had contravened its temporary operating licence it was given by the railway safety regulator.

The contravention emerged in an investigation of a collision in Roodepoort between a Prasa train and a goods train a week earlier in which one person was killed and several were injured.

The Passenger Rail Agency of SA (Prasa) on Friday said it had complied with the Railway Safety Regulator’s directive for train service Shosholoza ...
News
1 year ago

Metrorail’s manager in the Western Cape, Richard Walker, has been put on paid leave amid “multiple challenges and lapses”, the Passenger Rail Agency ...
News
1 year ago

Competition Commission hauls Prasa over the coals for 'abuse of dominance'

The Competition Commission has referred the Passenger Rail Agency of SA and its subsidiary Autopax to the Competition Tribunal for allegedly abusing ...
News
1 year ago