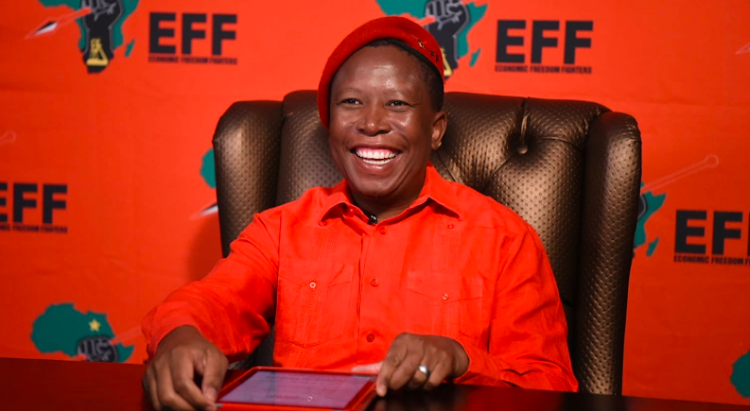 The EFF says it has already identified the land on which it plans to build a school for poor black children.

The party's leader, Julius Malema, revealed this during his virtual Freedom Day address on Monday

“We have already found land on which to build the school. We have contacted the Winnie Mandela family regarding the naming of the school after Mama Winnie.”

Malema said the school will be independent from the EFF and its operations, adding that it will have its own independent board of trustees.

EFF leader Julius Malema lamented on Monday that as South Africa celebrated Freedom Day it must be clear that the country was not yet independent.
Politics
2 years ago

He said children coming from poor backgrounds and those who lost their parents and caregivers to HIV/Aids would be given preference.

“It will be a school for the poor, dejected and talented black children. Its admission policy will be based on prioritisation of poor orphans who lost their parents to HIV/Aids, victims of domestic violence and the poor in general.”

Malema further challenged black business to invest in black communities by helping to empower them instead of spending their wealth on lavish lifestyles.

“We hope to inspire those with some wealth in the black community to start emulating our example ... Let us start to build well-equipped schools for talented black children instead of wasting money on private jets, expensive holiday mansions in islands of luxury.”

If any employee contracts the coronavirus and dies during the partial re-opening of the SA economy kicking in on Friday, the government and employers ...
Politics
2 years ago

EFF leader Julius Malema has called on the SA government to not do away with the unemployment income grant introduced to mitigate Covid-19's impact, ...
Politics
2 years ago