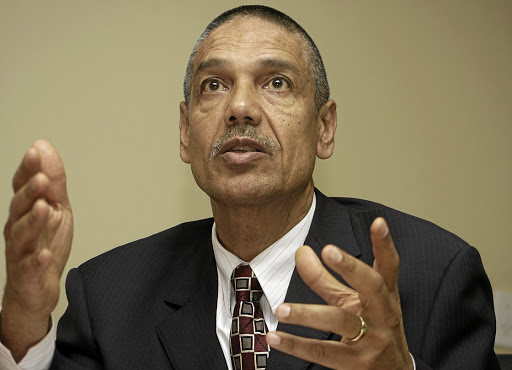 Gauteng ANC provincial integrity commission chair Trevor Fowler has warned the ANC against ignoring reports from the body which recommends action against members implicated in wrongdoing.

Fowler was last week given the huge task of being the first to lead an internal probe related to the alleged looting of money meant to procure personal protective equipment (PPE).

This came after President Cyril Ramaphosa's spokesperson Khusela Diko, Gauteng health MEC Bandile Masuku and his wife Loyiso, also an MMC in Johannesburg, were all referred to the body for their role in PPE tenders.

Diko stepped aside from her position last week after it emerged that her husband  Thandisizwe's company, Royal Bhaca, secured two tenders totalling R125m from Masuku's department to provide PPE.

The Masukus, who are close friends with the Dikos, were asked by the ANC to take leave of absence and subject themselves, together with Diko, to the integrity commission while the contracts were being probed, after further allegations that proceeds from tenders were going to be used to fund internal political contestation.

Masuku has denied wrongdoing while the Dikos maintained that they never received money from the contracts, having asked for them to be cancelled fearing a potential conflict of interest.

The National Treasury has resolved to end emergency procurement of personal protective equipment (PPE) and other Covid-19 protective clothing ...
Politics
1 year ago

Fowler told TimesLIVE that the ANC had written to him, to instruct him to lead the investigation over the next four weeks into the three.

This comes as the ANC's integrity commission has been seen as ineffective because of the party leadership increasingly ignoring its reports.

“Ultimately, political leadership must make its decisions, because it is one thing for an integrity committee to make decisions but if they don't have support of the PEC [provincial executive committee], people will repeat the same things over and over again,” said Fowler.

He added that he was not involved in the integrity commission nationally.

“Here [in Gauteng] all our reports have been taken by the PEC and if there is a disagreement, our view is that they must act on it and say that [they disagree with the report].

His comments also follow a renewed debate in the ANC over the status of the integrity commission.

The Sunday Times reported last week that more than a year after the ANC integrity commission was understood to have cleared Deputy President David Mabuza to be sworn in as an MP, this was not the case and the party appears to have ignored a letter from the commission which stated this fact.

This emerged in a report by the commission to the ANC last month.

In a statement this week the party again promised to strengthen the commission after a heated national executive committee meeting which mainly discussed the latest wave of corruption surrounding procurement of PPE.

“The role and capacity of the ANC disciplinary committee and integrity commission, including its capacity to investigate, will be strengthened in line with national conference resolutions. The national officials were tasked with engaging with the integrity commission and making recommendations to the NEC,” reads the ANC statement.

The ANC says it 'regrets' a lack of social distancing at the funeral of party stalwart and Rivonia trialist Andrew Mlangeni in Soweto last week.
Politics
1 year ago

The ANC NEC wants its deployees in government to urgently establish a multidisciplinary agency to deal with white-collar crime and corruption.
Politics
1 year ago

The ANC national executive committee (NEC) has given the party's top six one month to identify a list of cases of those facing allegations of ...
Politics
1 year ago